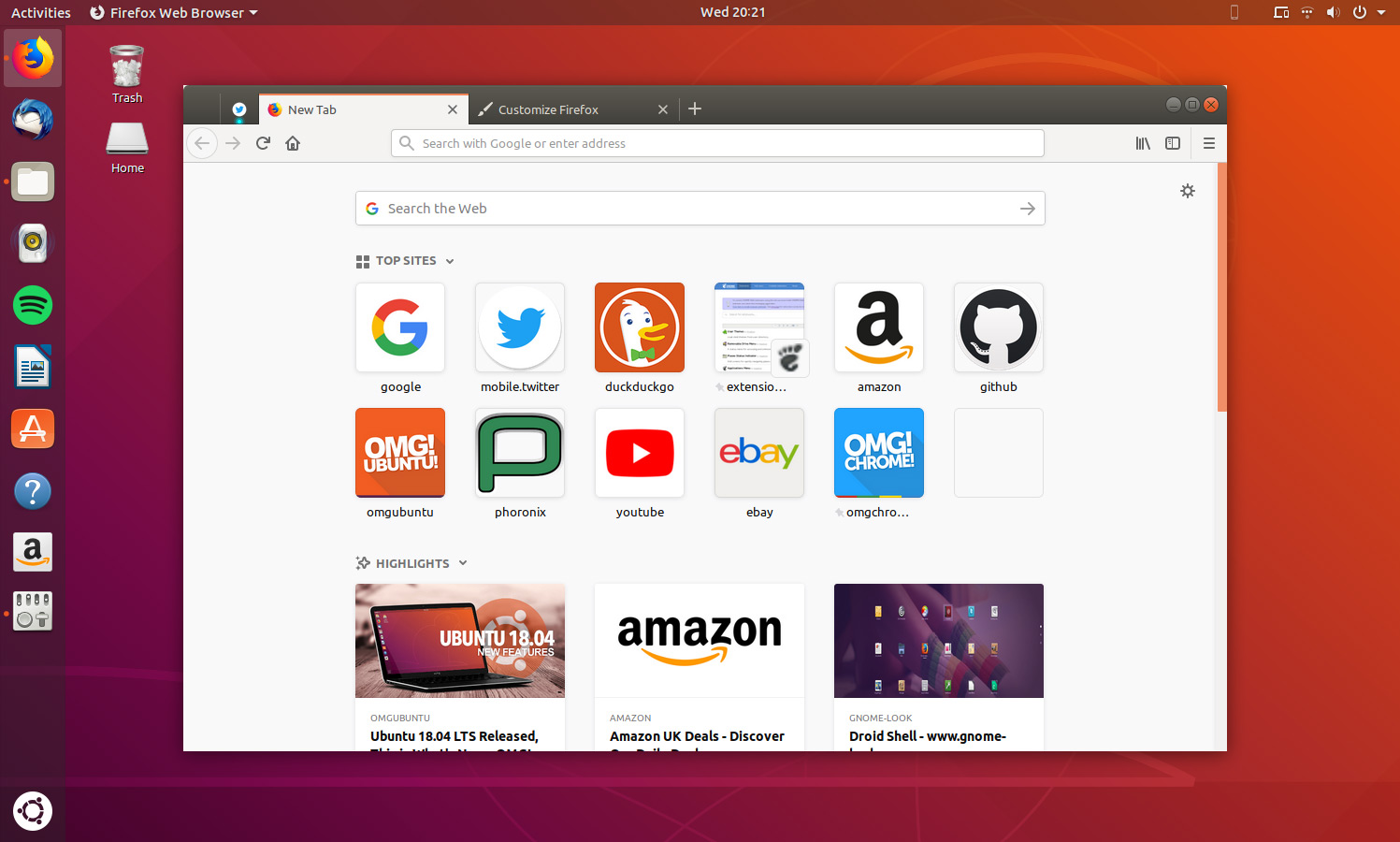 Firefox 60 is now available to download and among the changes it sports is support for CSD on Linux.

The latest stable release of Mozilla’s hugely influentially open-source web browser also brings a number of other tweaks, including a somewhat controversial change to the new tab page…

After a couple of months loitering around in Firefox’s development builds and obscure repos, Firefox CSD (Client Side Decoration) is now available to all who want it.

This graphic shows the differences in Firefox 60 when run normally (left) and when CSD is enabled (right): 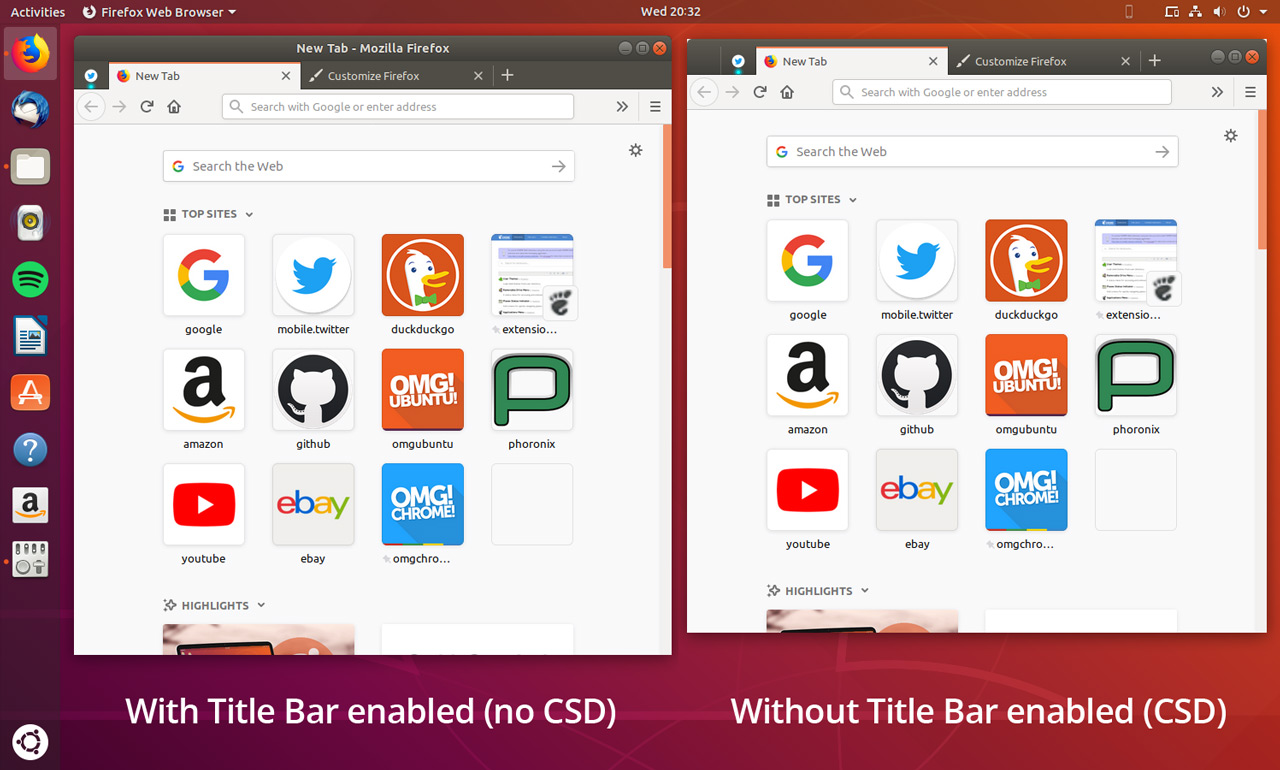 As you can see, client-side decoration is a space-saving alternative to traditional application title bars and app menus. Through the use of unified header bars, which are drawn by the “client” window and not by the system window manager, you get to see less chrome and more window content.

Firefox’s CSD support isn’t (yet) enabled by default on Linux and there are still a couple issues (as you can see with rounded corners in the image above) with the implementation.

But if you want to try it out you can do so.

To enable CSD in Firefox 60 for Linux just go to Settings > Customise and untick the ‘Title Bar’ option.

The window border change will take effect instantly. If you don’t like what you see you can return to traditional window frame by ticking the ‘Title Bar’ option.

A couple of “enhancements”  to the New Tab page (aka ‘Firefox Home’) feature in this release.

There’s a (rather overdue) responsive layout that shows you more content when using the browser in a maximised state or on a wide-screen display.

You can also rearrange the new tab page sections, perfect if you want the speed dial on the bottom or the Highlights section to disappear entirely!

Talking of which, the Highlights section now includes snippets from web sites you’ve saved to Pocket (assuming you use it and are logged in)

Those of you reading from the US will also want to look out for “Pocket Sponsored Stories”. These will appear for a percentage of users in the US.

For more details on that not-hugely-controversial-but-still-a-litte-odd change you can read this blog post from Mozilla.

Other Changes in Firefox 60

Other changes you may (or may not) notice in this release:

You can refer to the Firefox 60 release notes for more details on these and other changes.

Don’t upgrade idly as Firefox 60 ESR comes with over a year’s worth of changes in tow, including the removal of support for legacy add-ons and NPAPI plugins.

There’s also a new enterprise version of Firefox with various features for IT bods to toy with (such as blocking users from accessing certain websites).

You can (as always) download the latest release of Firefox for Windows, macOS and Linux from the official Firefox website. The browser is also available for Android and iOS.

As Ubuntu 16.04 LTS, Ubuntu 17.10 or Ubuntu 18.04 LTS users will receive the Firefox 60 upgrade automatically as a regular software update no PPAs, Flatpak or Snap are required.

If this includes you do be patient as new Firefox releases can often take a couple of days to land in the updates queue and filter out to users. 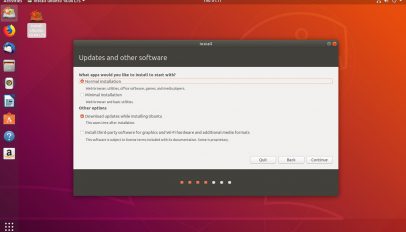 ‘Next Gen’ Ubuntu Installer Outlined by Mark Shuttleworth
Read Next