Mozilla Firefox 52 has been released and is now available to download.

Among new features in Firefox 52 is support for WebAssembly. Mozilla describes this as “an emerging standard that brings near-native performance to Web-based games, apps, and software libraries without the use of plugins.”

Among a stack of security improvements in Firefox 52 are users warnings when loading login forms on a non-secure HTTP page (like many, I was under the impression the browser already did this…).

Users of Firefox on Android devices will appreciate the ‘Enhanced Sync’ option that lets them quickly send a open tabs across their devices.

The downloads experience has been improved, and now presents download failed notifications, more prominent icons for stopping and restarting downloads, and shows your five most recent downloads rather than three.

You can read a full list of the changes shipping in this release on the Mozilla website.

Firefox drops NPAPI support in this release (a change we’ve known about for a long time) for everything bar Adobe Flash. While this sounds trivial it does mean that GNOME users can’t install GNOME extensions from the GNOME Extensions website using Firefox as-is, as of this release.

Emphasis on the “as-is“.

You can continue to install (update, remove and manage) GNOME Shell extensions using Firefox — but you need to first install a replacement add-on to do so. We’ve written a really simply “how to” post that walks you through installing everything you need.

Mozilla Firefox 52 is a free download available for Windows, macOS and Linux.

Ubuntu users receive Mozilla Firefox updates through the Update Manager. You’ll be prompted to upgrade to Firefox 52 at some point over the next few days. 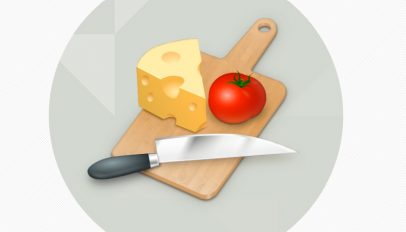 GNOME Recipes App Is Now Available to Install On Ubuntu 17.04
Read Next