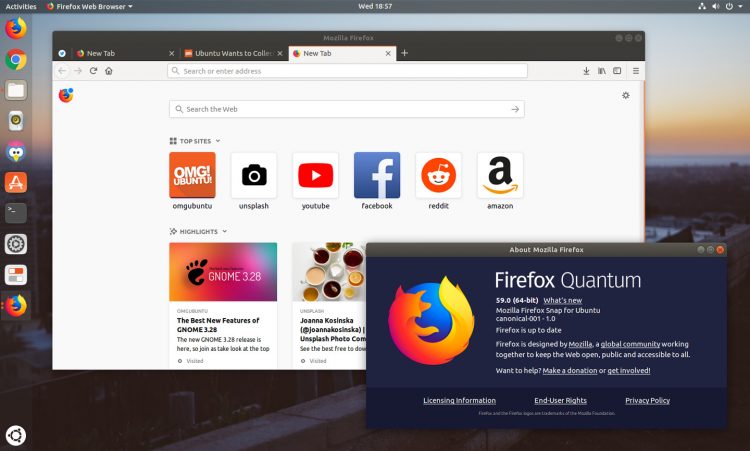 The latest version of Mozilla Firefox is available as a Snap package for Ubuntu and other Linux distros.

It’s arrival, without any sort of formal fanfare (yet) has been a long time coming. Mozilla said they’d make a Snap way back in 2016 — it’s only taken them two years to actually get around to doing it.

Why use the Firefox Snap package?

So you’re probably wondering whether there is any benefit to using the Firefox snap package over the version that Ubuntu comes pre-installed with.

The answer is not really — at least, not yet.

Like the majority of Snap apps the Firefox snap also has theming issues. It works a-ok with the stock Ambiance theme but the second you try to use a less common GTK theme, like the new CommuniTheme, Arc or Canta, the snap fallback to using vanilla Adwaita for GTK styling.

While the Firefox snap package handled 1080p video playback on YouTube like a champ, it doesn’t (currently) work with sites that require a DRM plugin.

Does it work with Netflix? 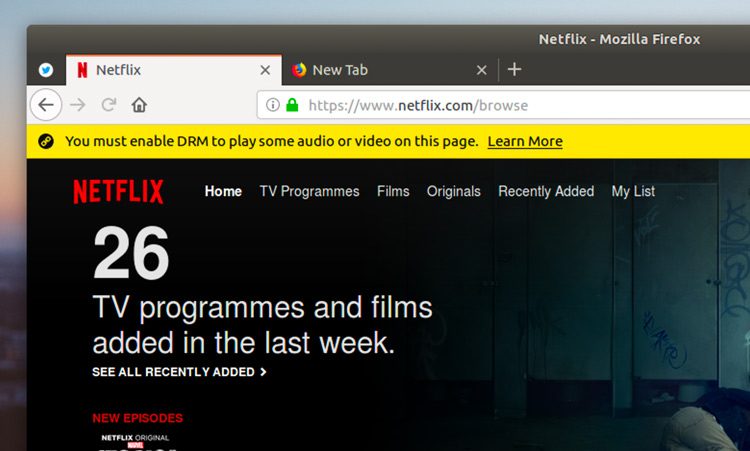 I can log into Netflix without issue, select my account, and sift through their full catalogue of content. Firefox prompts me to “enable DRM” to enable playback (as is expected) but after agreeing my entire system freezes, requiring a hard reboot.

There are a couple of missing icons, and some unfamiliar dialog pop ups. The app can’t automatically open downloads in local apps, and downloads save to a folder within the Snap mount, rather than the regular Downloads folder.

Oh, and you can’t import and data/profiles from other browsers you have installed.

But, other than taking a veritable age to start up (a problem all Snap apps have) I haven’t noticed any major issues in using the Firefox snap package as a normal web browser with regular pages.

Naturally your mileage may vary, so if you hit something annoying, do let us (and Firefox) know about it!

How to Install the Firefox Snap Package

Keen to kick the tyres on this new-fangled offering? It’s easy and relatively safe.

To try it out for yourself run this command in the terminal:

Once install is complete you’ll have two Firefox entries in your app menu. You can use a menu editor app to help distinguish between them.

You cannot run multiple different versions of Firefox at the same time.

Home » News » Firefox is now available as a Snap package 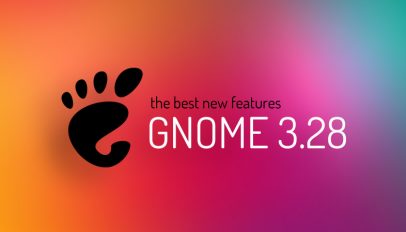 GNOME 3.28 Released, These Are The Best New Features
Read Next