A new version of the Audacity audio editor is available to download for Windows, macOS and Linux.

Audacity 2.2.2 sees the open-source app add a small wave of new features, including:

This update also builds upon the major changes introduced in the release of Audacity 2.2.0 last year, as well that of the minor 2.2.1 update earlier this year.

Among other improvements in this update:

The Audacity wiki has more details on what’s new in this update.

Audacity is free, open-source software. It is available to download for Windows, macOS and Linux desktops from the official official Audacity website:

To install Audacity 2.2.2 on Ubuntu you will need to add the following community-maintained Audacity PPA to your software sources.

Adding this PPA will ensure you get this update as well as any future updates that are released, automatically, via the Software Updater mechanism.

Once the install is complete you can launch Audacity from your app launcher of choice. 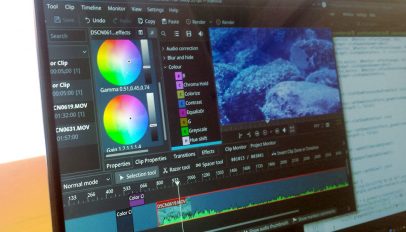 New Kdenlive Beta is Available for Testing
Read Next