GNOME 3.26 launches this September with a stack of iterative improvements and timely fixes.

But the update will also remove a well-known feature that many GNOME users have come to rely on day-in and day out: the legacy tray.

To understand why it’s being removed we need to remember why it was introduced.

Introduced in GNOME 3.16, the GNOME legacy tray is a little pull-out panel that hides in the lower left corner of the main GNOME Shell desktop.

Apps like Skype, Dropbox and Discord can they system tray icons in this tray to relay online status, notify you of new messages, and/or offer a set of quick right-click actions.

The panel is mostly hidden; you only see a sliver of it when it’s in use. You have to mouse over to the tray, and click on the arrowed tab to untuck the whole thing. When you mouse away, it automatically hides.

Because applications that use tray icons typically run in the background, GNOME refers to the colourful carnival of competing icons as ‘status icons’ because, more or less, they relay the current application status.

In GNOME 3.26, the GNOME legacy tray is gone. Entirely. Out of the box in vanilla GNOME 3.26 you can not see or access status icons at all.

And some users are concerned.

Legacy Tray Axed — But It Was Expected

‘The large majority of apps that still make use of status icons work perfectly fine without them,’ GNOME say

The legacy tray has rarely been an integral part of the GNOME Shell desktop experience. That’s kind of why it’s kept out of sight, right? It’s an afterthought; a crutch to prop up app devs while they — in an ideal world — migrate to newer APIs available or explore other means of relaying their unread counts, service status, and quit buttons.

Some notable apps that still use a system tray icon are Slack, Discord, Steam, Skype, Mumble, and Dropbox.

Wayland is also a concern as many status icons don’t work well under it. If GNOME is to push forward with new technologies it can’t be expected to slow the pace beholden to legacy ones.

Status icons don’t provide the best user experience, either. If you have too many running you end up with an icon soup in the panel, and each status icon has a slightly different implementation — as the gif further up this post makes evident!

‘Ubuntu made a similar decision before, when it introduced the app indicator spec

If anyone feels aggrieved at GNOME for making this decision it is, perhaps, worth remembering that Ubuntu did something similar too. It introduced the app indicator spec at the turn of the decade, and quickly retired non-app indicators from the panel area entirely soon after.

GNOME is sort of doing the same, only they’ve kept compatibility with these apps a lot longer than Unity did!

Florian Müllner, a GNOME developer, explains more about the reasons for it removal in a bug report tracking the removal:

“The legacy tray introduced as part of the notification redesign in 3.16 was meant as a stop-gap solution to encourage applications to move away from the concept of status icons, but it hasn’t really done anything except of getting in the way.

Given that the large majority of apps that still make use of status icons work perfectly fine without them, we decided that it is time to drop this unloved bit of UI altogether.

Users who still want them (or use one of the odd cases where an app really depends on the icon) can install one of various extensions that are available, either based on the XEmbed support that is still kept around or implementing the DBus-based StatusNotifier spec.”

Reasonable enough — but will app developers update their apps to make use of these new methods?

Music players are a great example of why it is likely to happen.

A few years ago most Linux music players had their own tray applet, each stuffed full of player controls, menu items, ratings and so on. But thanks to MPRIS (and features like the Ubuntu Sound Menu that leveraged it in a sane way) it’s now rare to find a major music player that has a status icon.

Chat apps can use notifications to display unread messages; and for apps like Dropbox and SpiderOak there are new file manager APIs on the way that let them integrate with the file manager directly.

Helping app developers move away from tray applets and towards more predictable, consistent alternatives will, in turn, improve the predictability and consistency in the user experience of the GNOME Shell desktop – regardless of which apps the user chooses to run.

“For the few cases that do indeed depend on status icons – namely where there’s no other UI, as for nextcloud, dropbox and the likes – there is ongoing work on a cloud provider API in the filemanager. It is expected to make its appearance in the upcoming 3.26 release, and will be supported by the NextCloud client. We do hope that other cloud providers like Dropbox will follow suit.”

The question is: will you miss the legacy tray? Or are you hoping the switch will prompt app devs to leverage newer interaction models and status methods? Let us know in this poll:

Don’t Panic: You Can Get Them Back

Chances are most GNOME Shell users reading this post — maybe even you! — already use an extension like TopIcons Plus to move status icons out of the hidden tray and put them in the top bar, alongside the main system menu (and GNOME extensions, if in use).

Extensions like TopIcons Plus and kStatus/Appindicator will continue to work.

If you think you’ll miss old-school system tray applets all you have to do is head over to the GNOME Extensions website and install one. 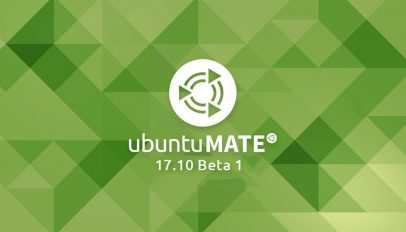