The developer behind the popular Global App Menu GNOME extension has announced it is “discontinued for the moment”.

Explaining the reasons for his decision on Github, Lester Carballo cites the shift to Wayland (the extension doesn’t work in Wayland for a whole spaghetti heap of technical and ideological reasons) as being the primate motivator to move on.

Canonical also has no plans to support the unity-gtk-module under Wayland (a crucial component that this extension, and similar app menu implementations, rely on).

All quotes hereon are sic.

Carballo also touches on some wider points in his post, including GNOME’s recent breaking of long-held standards and APIs (like the system tray), and what he see as the project’s “refusal to support other alternatives as a replace”.

“GNOME proved to me they will continues making things that I disapprove and the current way to do the things of gnome is 180 degrees out of my personal interest as a user, making me impossible to continues using gnome shell desktop”.

“I can not do extensions for all gnome functionalists that i want to have and they removed, further, If I want to try to feel at home with gnome, I am also limited by what gjs can do currently.

Corbel is not sacking off his add-on entirely and says he may return if GTK developers add the requisite support the add-on needs to Wayland.

If you currently use the Global App Menu GNOME extension on your desktop you do not need to panic over this news — not yet, anyway.

The extension still works in Xorg sessions and is not about to stop working, nor will it be yanked from the GNOME Extensions website.

Perhaps the funniest thing about this add-on is that Carballo himself doesn’t use it. He says he ‘doesn’t like’ global menus. He made it because he saw users wanted it..

“I just try to help as far as I can, but it is swimming against the flow of the river. Always comes the time when you get tired,” he concludes.

With Ubuntu 17.10 arriving next month with Wayland as the default session those of you who use this extension may want to see how you get by without it.

And if you really can’t cope Ubuntu MATE’s Mutiny layout is waiting for you with open arms, a global menu and a HUD. 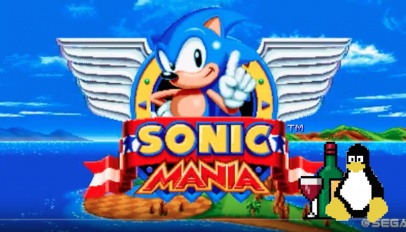 Sonic Mania ‘Plays Perfectly’ on Linux via WINE
Read Next