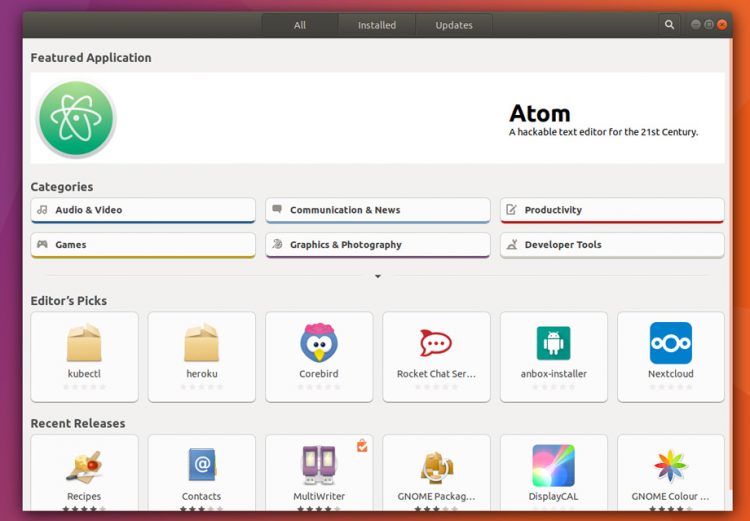 Last month we reported that Ubuntu plans to highlight new Snap apps in the desktop Ubuntu Software app — but it seems they’re going a little further than we initially imagined.

The latest update to the GNOME Software (aka Ubuntu Software) in Ubuntu 17.10 brings two key changes to the desktop, both of which make Snap apps appear as first-class citizens and everything else, well, not.

Both tweaks are tracked by two (succinctly named) bugs: ‘Show only Snaps in the Editor’s Picks’ and ‘Show Promoted Snap in Featured Section‘. 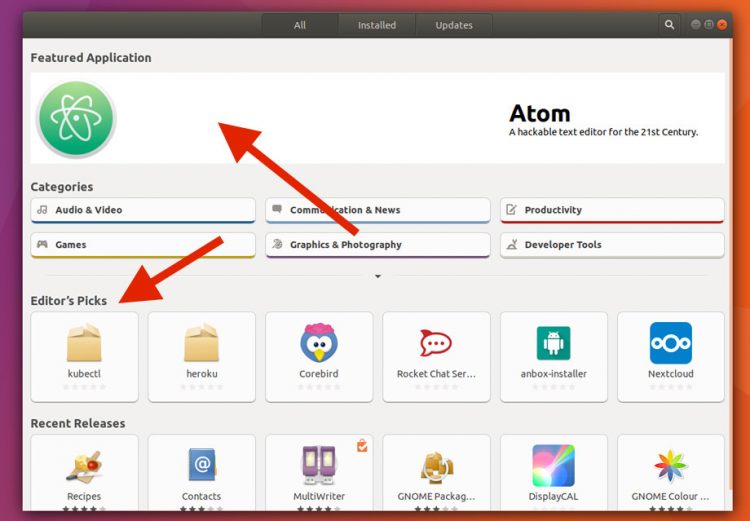 Regardless of which apps get promoted in GNOME Software on other distributions, users browsing the store from the Ubuntu desktop will see a Snap-led selection of software recommendations.

Snaps have many benefits over regular apps, including improved security through app isolation and updates can be released at any time. Ubuntu chooses not to include Flatpak support ‘out of the box’ so, regardless of who makes what, it can’t mix and match recommendations in the store front anyway.

This change may inspire more app developers to package their wares using Snappy. It’s not gone unnoticed that a large number of popular Snap apps are currently unofficial, third-party packages.