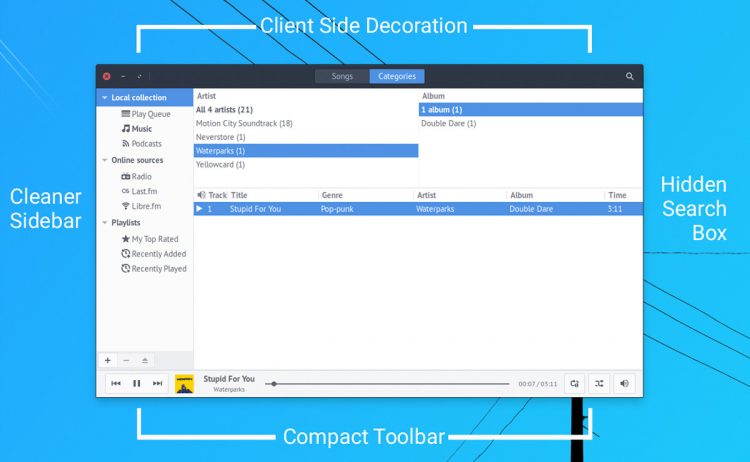 The Rhythmbox music player will look very different in Ubuntu 17.10, due for release later this year.

But the changes on show aren’t because there’s been a new release. Instead, Ubuntu devs plan to make use of a new third-party plugin to give the player a dramatic new look and feel.

According to this bug report the Rhythmbox Alternative Toolbar plugin will come installed and enabled by default in Rhythmbox on Ubuntu 17.10.

We wrote about this plugin back in June, suggesting at the time that Ubuntu should adopt it. We argued that the plugin “…could be one way to get the app to ‘integrate’ nicely into the rest of the GNOME desktop.”

It seems that Ubuntu desktop team agreed with our suggestion, describing the addition of the plugin as ‘a welcome change to the default experience.’ 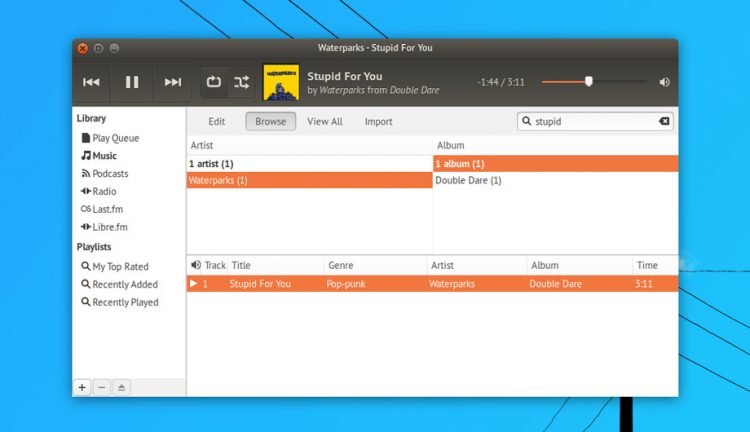 You can’t fail to miss those huge player buttons!

But here’s how Rhythmbox looks on Ubuntu 17.10 with the alternative toolbar plugin. All of the sizing issues are fixed, and the wasted space toned down. The sidebar now has collapsable sections. Player controls move to the bottom of the window too, giving the progress slider more room. 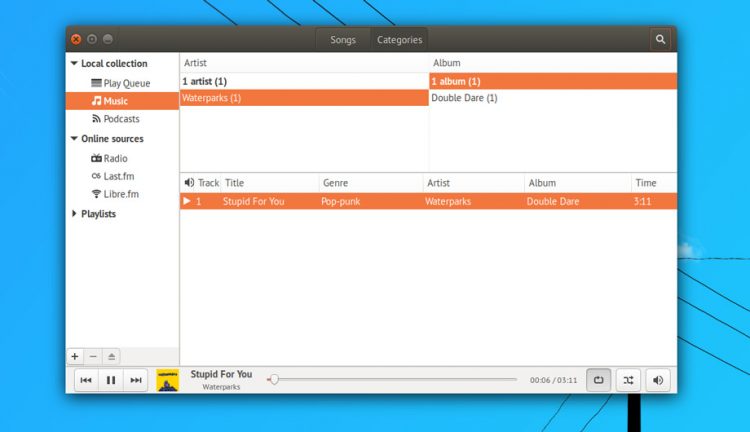 Based on a bug update on Launchpad the Rhythmbox alternative toolbar plugin will come bundled up in the Artful Aardvark, where its streamlined looks and use of client-side decorations will help the ageing music app look bang up-to-date with modern trends.

If you’re a fan of the classic look you don’t need to panic. The ‘alternative toolbar plugin’ can be disabled and/or uninstalled.