If you dream of owning a Linux phone that respects your privacy and keeps your data secure you’ll want to check out Purism‘s new crowdfunding campaign.

Starting at $599, the Librem 5 will run the GNU/Linux PureOS distribution instead of Android, and will include a slate of features aimed at helping you protect your ‘digital identity’ — including end-to-end encryption of calls and texts made to other Librem 5 handsets.

While the phone will use as much free software as possible Purism do concede that the mobile baseband will likely use ROM loaded firmware (but with a FOSS kernel driver).

Wondering what kind of smartphone you get for $599? Us too. As it is, Purism say Librem 5 specs won’t be finalized until after the campaign ends. This, they say, is to “ensure the best available components.”

At present they can say they plan to include:

Purism may be unable to pin down the hardware specs of their Linux Phone but there’s no uncertainty over its other big sell: privacy.

They say on their campaign page that they “…believe phones should not track you nor exploit your digital life”.

And key to this ideal is encryption, so Purism is partnering open​ ​source​ ​communications​ ​project​ ​Matrix.org to enable “end-to-end​ ​encrypted​, ​decentralized communication​ ​in​ ​[the]​ ​dialler​ ​and​ ​messaging​ ​app”.

A Bit of a Wait

If you’re thinking of replacing your current smartphone with the Librem 5 you will need to look elsewhere as Purism plan to ship the phone in January 2019.

The first version that goes out will, they say, be complete device that you can use to make phone calls, read email, browse the web, place video calls, and take photos.

Then, through successive OS updates and developer contributions, the range of apps, software and other features available to users will be expanded. They’re even touting the possibility of this old chestnut:

Purism is no stranger to crowdfunding, or to fans of free open-source software. It successfully ran a pair of crowdfunding campaigns in 2015, both of which resulted in the production of ‘privacy respecting’ laptops which (of course) run Linux.

Now the security​ ​focused​ ​laptop​ ​maker​ ​is turning its attention to the other computer in our lives: the smartphone — something it had long been rumoured to be exploring.

Where to Back the Purism Librem 5

In a break with earlier campaigns Purism is hosting the fundraiser itself on its own website, cutting out the middle man.

Like all crowd funding campaigns there are real risks involved in backing. Remember: pledge ≠ a purchase. Purism say should they fail to reach their goal all pledges will be refunded.

The campaign runs for 60 days, ending in late October.

If the idea of an encrypted phone that puts as much emphasis on safeguarding your privacy as it does on hardware features and technical specs has you interested, skip on over to the Purism website to learn more:

Also, if you want to see this phone do well, be sure to spread the word: 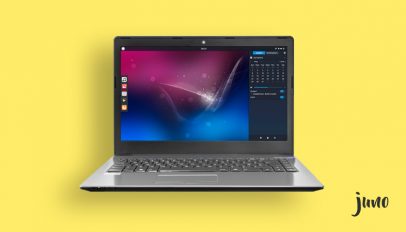