It’s a minor little quirk, granted, and something few people will notice. But a query that has, from time to time, confused me.

Naturally I presume there to be some differences between GNOME Terminal, Xterm and UXTerm. But those differences are, to my end-user eyes at least, not especially self-evident.

A discussion has kicked off on the Ubuntu desktop mailing list that suggests I am not alone in questioning the value of including quite so many terminals.

Canonical’s Brian Quigley explains: “Xterm takes up two menu items (xterm and uxterm) and doesn’t provide any more functionality then gnome-terminal. In an installed setup, those two menu items make gnome-shell have 3 pages instead of 2 in my testing.”

I only ever use GNOME Terminal, which is the default Ubuntu terminal emulator, or a GNOME Terminal alternative that I go out and install for myself.

The official reason for including Xterm is to ensure there is a backup terminal available should GNOME Terminal have any issues. But, even assuming it does, is xterm really that much of a benefit when a virtual console is but a combo press of Ctrl + Alt + F2 away?

We don’t get backup apps for anything else!

Another supposed reason for the inclusion Xterm is to provide a “complete X env[ironment]”.

But, as Quigley notes in his email, with Wayland very much on the horizon, mightn’t it make more sense to pull in any critical X environment packages explicitly, rather than relying on a terminal emulator to do so?

After all, those who want them can easily install them from Ubuntu Software.

Do you use Xterm or UXterm instead of GNOME Terminal? How would their removal affect you?

Home » Dev » Someone Finally Asks Why Ubuntu Has 3 Terminal Apps… 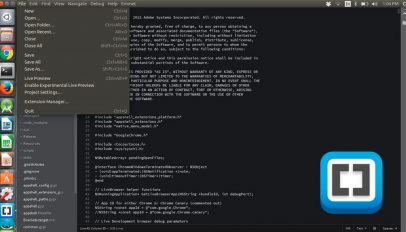