Do you use Chromium on Ubuntu? If so, it’s about to start looking a whole lot nicer.

Chromium 59 is set to arrive in the official Ubuntu repos at some point in the next week or two as a stable release update and the juicy part is Chromium 59 is GTK3 by default.

What does that mean? Well, it means more parts of the browser will ‘look native’ and use the correct colour schemes, highlights, widgets and other data straight from your GTK3 theme.

to Chromium 59 with the Ambiance GTK theme

Subtle, Rather than Striking

Now, before you get too excited I should mention that you probably won’t notice that much of a difference between the version of Chromium you are running right now, and the GTK3-enabled version you’ll get shortly.

But the more design-orientated and eagle-eyed readers amongst you will spot that, for example, the Chrome context menu is themed correctly, pulling in the correct background colour from the underlying GTK theme. This change means Chrome’s various pop-up dialogs and menus will also, finally, blend in to their native surroundings.

In non-flat themes, like Ubuntu’s Ambiance, the changes are more apparent, like the highlight/accent colour in the context menu migrating from a simple flat colour to the correct gradient in the GTK3 theme. In some themes, again, like Ambiance, you’ll also notice that menu separators and dividers are inherited from the GTK theme.

If you’re experiencing a sense of deja vu it’s because we previously wrote about Chromium GTK3 support landing in the daily builds back in March. The “news” here is that GTK3 support is now in the Chromium stable builds.

Google began work to add GTK3 theme integration to Chromium (and thus Google Chrome) in 2011 — 6 years later and the fruits of that effort are available to see.

Great, When Can I Get It?

The Chromium 59 update is being SRU’d right now and should, if all goes to plan, be pushed out through Ubuntu’s update manager in the next week or so. Anyone running a supported versions of Ubuntu, which includes Ubuntu 14.04 LTS, 16.04 LTS and the current short-term stable release Ubuntu 17.04, will be able to install the update.

On a related note a snap version of the Chromium browser is being worked on by Ubuntu developers, as is effort to re-enable Chromecast support in Chromium builds (which is currently broken). 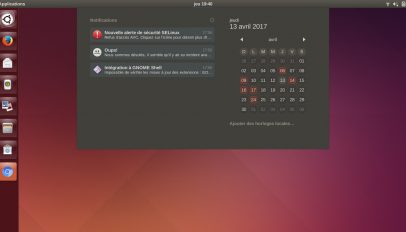