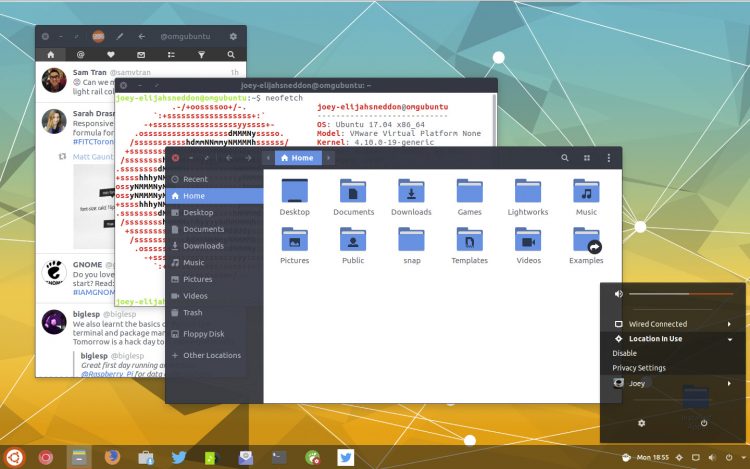 As you may have heard me mention in the latest episode of the Ubuntu Podcast, I’ve been ankle deep in GNOME extensions these past few weeks.

Why? Well, like many of you I have made a preëmptive switch to GNOME Shell now that Unity is being left to the cobwebs.

And thanks to the little joyous blobs of JavaScript better known as ‘GNOME Extensions’ I am thoroughly enjoying the task of tailoring my desktop to suit me!

Now, first off, a big thank you to any one who helpfully filled other commenters in what in the various elements of my desktop are — you saved me a job.

So now I’m going to save you one by writing this post.

I’ve written a couple of posts like this before, but as my desktop has changed a little bit — the Unity bombshell announcement is to blame — I figured I’d post an update to show you what I’m using right now.

These are the key ingredients of my Ubuntu desktop (as of May 2017):

You can recreate the look of my desktop on your desktop by downloading, installing and setting all of these bits and pieces.

Now, while most of what follows should work just dandy on Ubuntu 16.04 LTS the United GNOME Shell theme is designed to work with GNOME 3.20 and above. 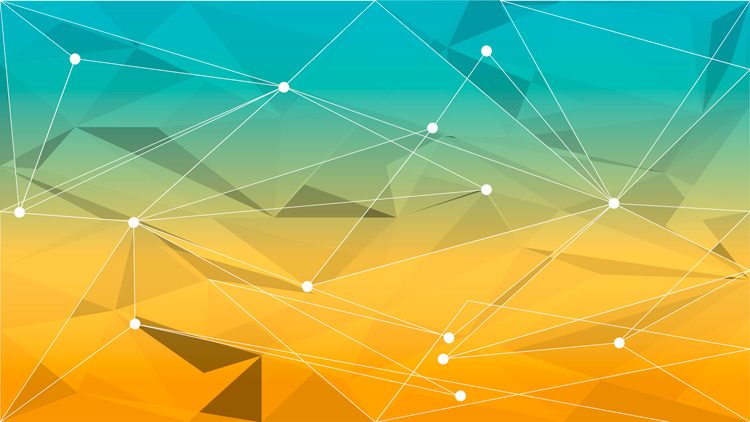 We’ll start off dead simple: the wallpaper. Called “Geometric”, the drape is the work of Ubuntu computer company System76 and is available to download in high-res from their website (that’s the link below and not the compressed image above): 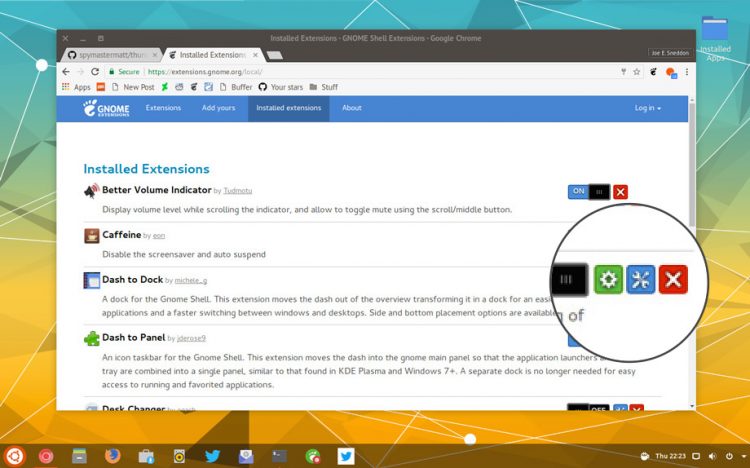 If you don’t already have it you will need to install GNOME Shell from Ubuntu Software:

Once installed just logout, select the GNOME session from the Unity Greeter Session Selector screen, and proceed to login.

As you’ll notice, I’m not using the stock GNOME Shell desktop. A GNOME extension called Dash to Panel provides the main “UI” in my screenshot. This is an awesome open-source bolt-on that combines the GNOME top bar and status menu with a traditional task bar/dock.

You can install Dash to Panel from the GNOME Extensions website through Google Chrome or Firefox:

I also opted to move window controls on the left in GNOME, a process we detailed in our “Make GNOME Shell look like Unity” article a few weeks ago.

Follow along with those guides to get the latest versions of both themes installed on Ubuntu 16.04 LTS or later.

The United theme styles most of the GNOME Shell UI you see in the screenshot atop this post — yup, even the Ubuntu logo’d “Show Applications” button in the Dash to Panel task bar.

United is available to download from GNOME-look. To install it just extract the archive to the (hidden) ~/.themes folder in your Home folder.

Note that to set a GNOME Shell theme you also need to install the User Themes GNOME Extension:

Finally, to change the GTK theme, icon set, font and GNOME Shell theme you will need to install the (free, open-source) GNOME Tweak Tool. This is available from Ubuntu Software and is deliciously simple to use:

A final word on fonts. I keep meaning to change my font away from Ubuntu to something else. FreeSans (installed on Ubuntu) looks pretty nice as the system UI font, as does PT Sans (the font we use on this site) and Fira Sans.

Do you have a desktop set-up running on Ubuntu that you think other readers would like to create? We could make #GetTheLook a recurring feature… 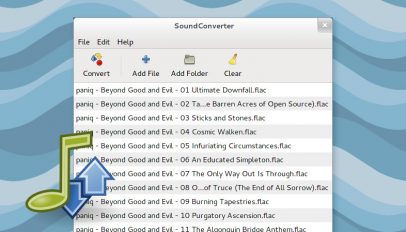 Yup, This is The Best Sound Converter for Ubuntu
Read Next