Do System76 require an introduction? I don’t think so.

This American-based computer company sells millions of dollars’ worth of PCs, laptops and servers each and every year, all of them shipping with just one OS: Ubuntu.

‘System76 sells millions of dollars’ worth of Ubuntu computers ever year’

Some of you might even be lucky enough to own one!

So, for a company as intrinsic to the Ubuntu community as purple wallpapers, Alan Pope and unmaintained wiki pages, last week’s Unity-shaped bombshell must’ve landed like a lead balloon at their HQ in Denver, Colorado, USA.

And yup; it did. Mark Shuttleworth’s announcement that Unity is being discontinued left them feeling ‘shocked and surprised’.

“Our heart goes out to the teams at Canonical and contributors who worked on Unity 8, Mir, and the vision of convergence,” Ryan Lee Sipes, Community Manager at System76 told us in an e-mail.

But the well-regarded company is not feeling defeatist. Having built a hugely successful business bringing Ubuntu to the masses the company sees no reason to renege on the distro now.

In fact, it’s about to kick things up a gear.

“The Ubuntu Desktop team have always produced an incredible operating system, whether it be with GNOME or Unity. We’re excited to see their thoughtfulness, effort, and innovation added into the GNOME community,” Carl Richell, System76 CEO, says.

But, like Ubuntu, change, particularly of the GNOME variety, is now inevitable.

“System76 has received warm welcomes from the GNOME community and has begun testing Ubuntu GNOME and Wayland in-house,” the company told us in an e-mail, adding that they’ve “been very impressed by the GNOME project’s outreach since the announcement”.

The team at System76 plan to pour more resources into the software experience that ships on their machines.

Now, if you own a System76 product you’ll be well aware of their excellent engineering skills, which ensures your Linux laptop runs like a champ out of the box.

But you might not know that if you use the Unity desktop you’re also benefitting from their work. Yup, the company has contributed patches and fixes for Unity on HiDPI displays, and wireless fixes for the Ubiquity installer.

It’s this collaborative side of the company we’re going to be seeing a lot more of going forward.

“We are excited to engage more with the community and contribute to GNOME projects going forward. We are going to be taking what comes from Ubuntu and the GNOME project and putting our own spin on it. Our plan is to use the avenues like extensions and theming in order to make the experience carry a distinct System76 feel.”

“From the moment you order your System76 computer up to booting up the OS and using your applications, we want our users to have a cohesive, beautiful experience.”

“Of course, all of our work will be made available upstream and we will not be doing anything that constitutes a fork of GNOME. We plan on using the proper channels to extend the desktop and want to offer a true GNOME experience. We will ensure that we are a contributing part of the GNOME community and that our presence is a positive one. Our plan is to offer engineering and design resources to furthering the project’s goals and making GNOME the best desktop experience possible.”

System76 still believe that the Linux desktop is the best desktop.

“We are excited for this new chapter of Ubuntu and look forward to shipping GNOME in the near future (hoping for 17.10). We hope that our customers will be excited about our new initiatives and that the Ubuntu and GNOME community will work with System76 toward a beautiful shared future.”

And what a beautiful shaped future it’ll be if the high-res, high-spec aluminium Galago Pro laptop, due to launch later this month, is anything to go by.

In fact, I can’t think of a better device to see the future of Ubuntu unfold on than the Galago Pro’s 4K IPS display.

You can sign up to be notified when the Galago Pro is available — something you’ll want to do pronto as those signed up for email alert will be able to pre-order the Galago Pro before anyone else!

Home » Feature » System76 Isn’t Giving Up On Ubuntu, Plans to Put its Own Spin on GNOME 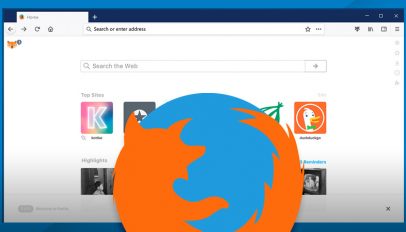