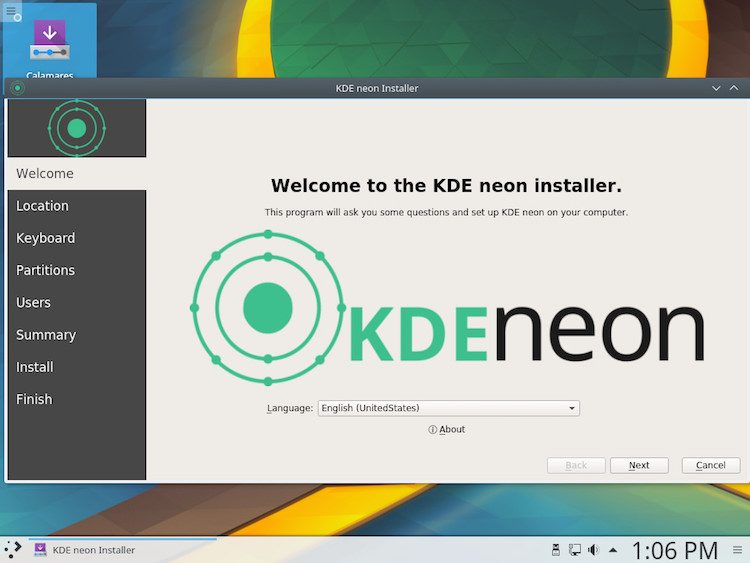 Calamares replaces the Canonical-developed Ubiquity installer as the default graphical installer used when installing the Ubuntu-based OS on a new machine.

The stylish install wizard is already in use on a number of other KDE-based Linux distributions, including Chakra Linux, Manjaro and Netrunner.

On its official website Calamares says it ‘aims to be easy, usable, beautiful, pragmatic, inclusive and distribution-agnostic.’

“It’s been a long standing wish of KDE neon to switch to the Calamares installer,” KDE Neon developer Jonathan Riddell says in a blog post. “Calamares is a distro independent installer used by various projects such as Netrunner and Tanglu.  It’s written in Qt and KDE Frameworks and has modules in C++ or Python.”

Riddell goes on to note that there are ‘few features missing compared to Ubiquity’, including a working OEM mode, restricted codecs install, and support for encrypted home folder.

The good news is these features will all be added and integrated with KDE Neon over the coming months.

Want to try it? You’ll need to download the latest ‘developer edition’ release of KDE Neon. File any issues and/or bugs you encounter while using the new installer on the Calamares ‘bug’ page.