In case you missed word earlier, the Unity 8 desktop is now available to try out in the latest Ubuntu 16.10 developer images — no need to manually install anything.

It’s not the default experience, but it’s there, as an option, right on the login screen (see right).

As cautioned in our news article on its arrival — a story duly picked up and passed off as an exclusive by other Linux blogs — the Unity 8 Desktop Session doesn’t work with all set-ups.

This is due, largely, to the Mir display server that Unity 8 runs on.

If you’re reading this a few months down the line keep in mind that many of the issues, missing features or quirks mentioned below may be fixed.

For reference, I am testing the Unity 8 Desktop Session in a virtual machine (VMWare Fusion) running Ubuntu 16.10’s latest daily builds with proposed updates enabled. I couldn’t get legacy Xorg apps (e.g, VLC, Firefox, et al) to show up in the Ubuntu Scopes window, much less get them to actually run!

Beyond the black screen

After you log in to Unity 8 on Ubuntu 16.10 — assuming you manage to be on hardware that doesn’t leave you staring at a black screen — you’ll be at the desktop. 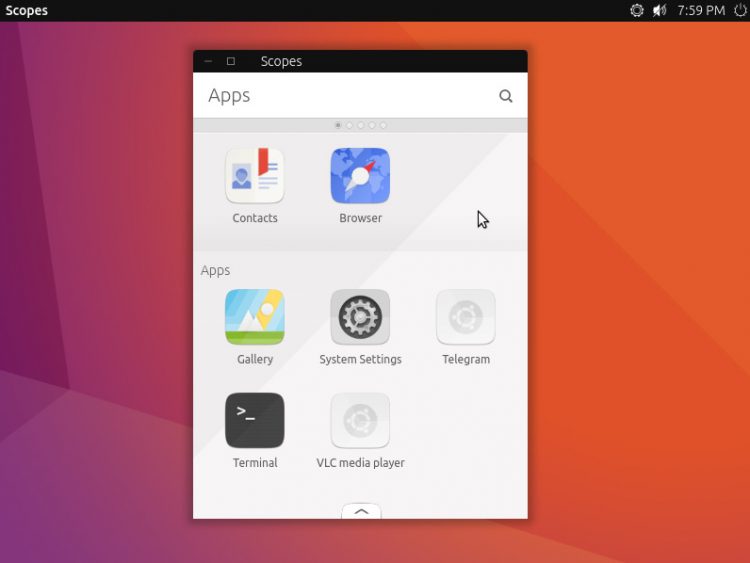 Yup, Unity Scopes are a floating window in the current development build, which can be a bit confusing when you have multiple other windows open.

By default the Apps Scope is shown, giving a quick way to launch whatever compatible apps you happen to have installed. Click on the little arrow at the bottom and you get a choice of additional Scopes to add. These can then be paged through. Here’s the Reddit Scope in action:

My display resolution was fixed at 768 x 576, and with no obvious display configuration setting available (for now) my experience was hampered a little.

In fact, because my screen size is limited the Unity launcher (which you can see below) is automatically hidden to maximise screen space. On a normal desktop the launcher would be set to always show by default. 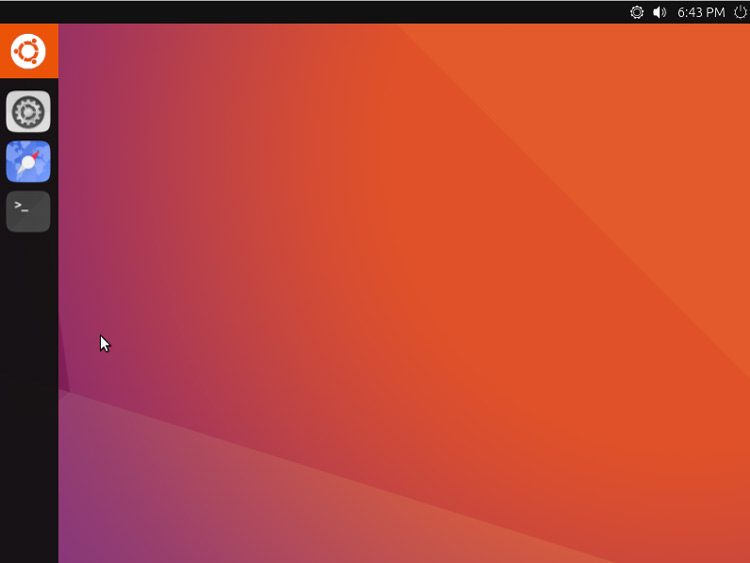 Although hidden I was able to make the Unity Launcher re-appear by pushing hard against the left-hand side of the screen, and also by changing its dconf-value via the Terminal app that’s pre-installed.

If you were to lock the screen at this point you’d see the tablet lock screen, replete with non-functional info widget: 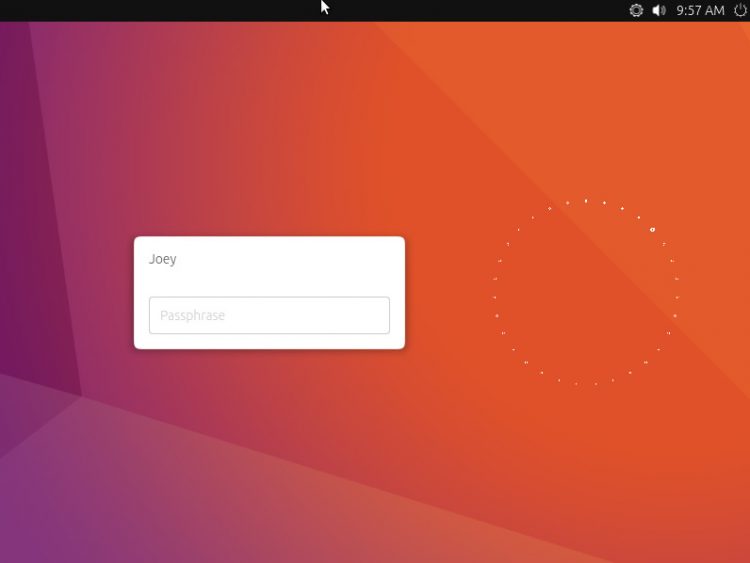 If you don’t like the default Ubuntu background you can change the wallpaper. The desktop as a whole doesn’t so much. It’s pretty much a pretty picture as you can’t (currently) put anything on it, e.g., files, links, etc, and you can’t right-click on it, either. 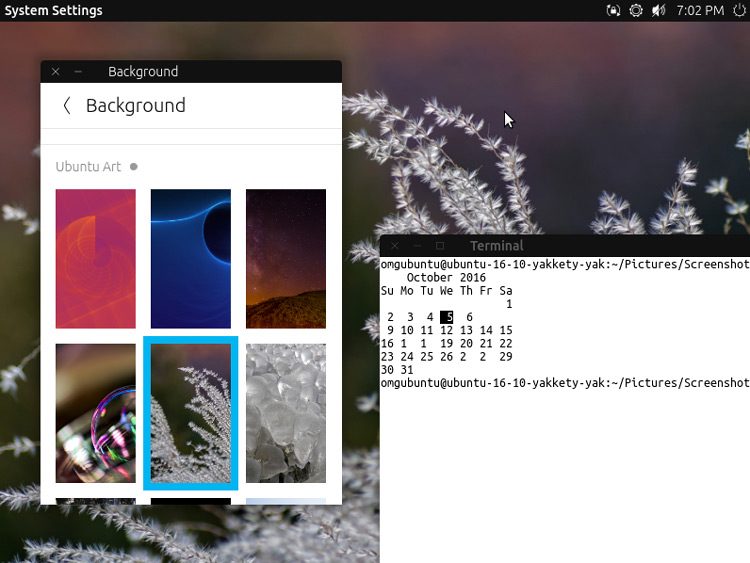 The indicator menus work exactly as they do on the Ubuntu Phone and the Ubuntu Tablet, save that you don’t need to click on and then drag them down (mimicking the touch gestures). Just click on the indicator area and the whole shaboodle shades out automatically. 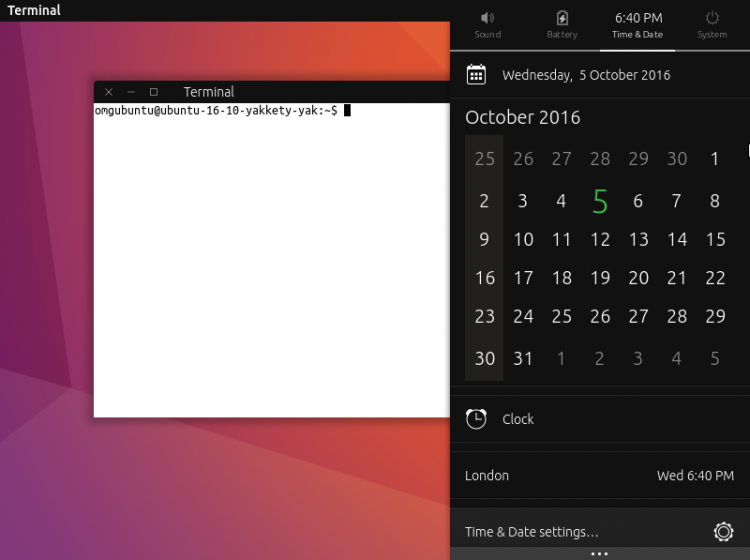 All of the sliders, switches and toggles in the indicators work as expected, including the volume sliders. 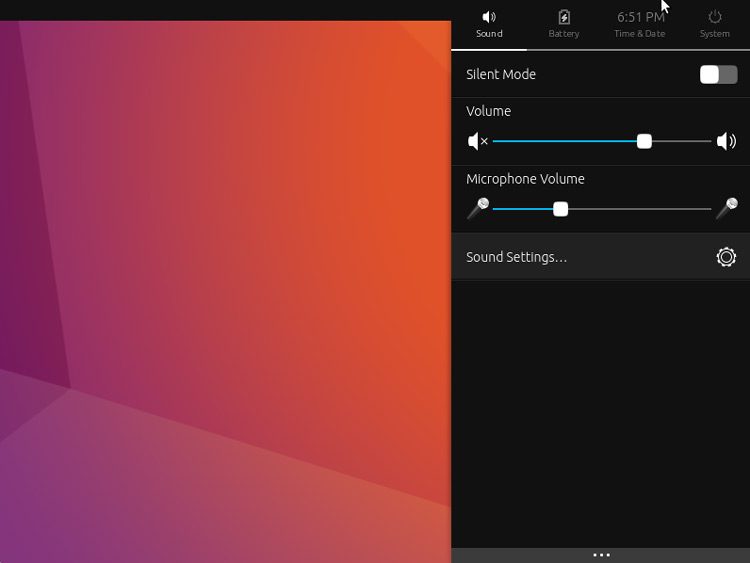 Switching between open apps in “desktop” mode is simple: you use the familiar Alt+Tab shortcut. This reveals the (swish) application switcher which animates nicely, and can be navigated using the keyboard arrow keys, tab key, as well as the mouse. 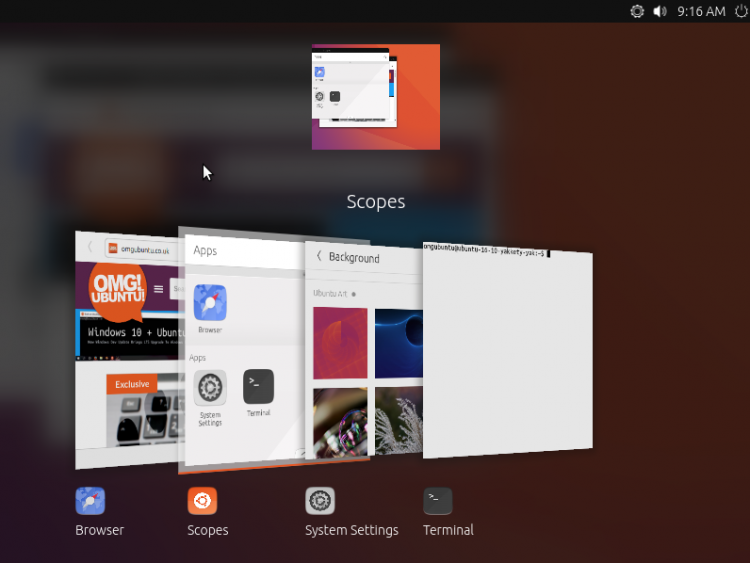 To close an app from this spread you simple hover over (or select) the corresponding thumbnail and a small red ‘x’ will appear.

Windows can be snapped left (half screen) and right (half-screen); maximised by dragging the window against the top of the screen; but also tiled in a 4×4 grid by dragging a window to the corners of the screen. 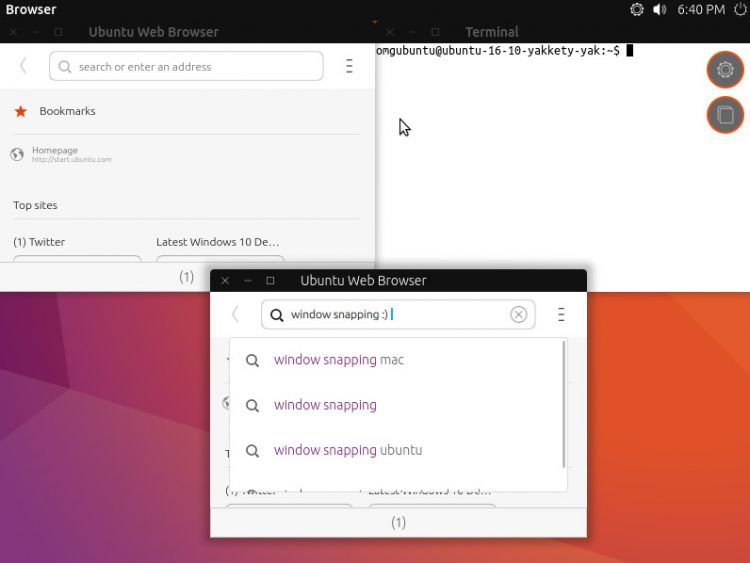 As this is a convergent platform it’s no surprise to the few apps you can use on it also supporting convergence, like the Ubuntu Browser which transitions from windows “mobile mode” to tabbed “desktop mode” beautifully. 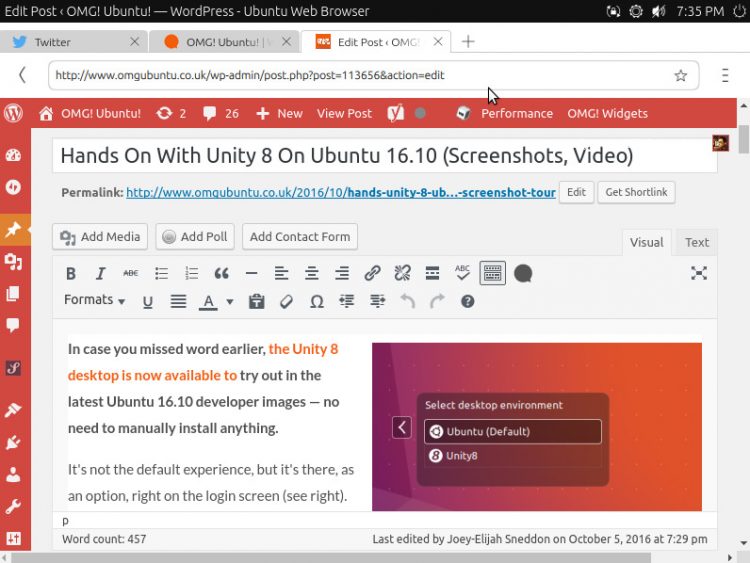 Websites load perfectly, too. You can even play YouTube videos without any faffing around. Like this one:

Have you tried the Unity 8 desktop session out yourself? Was you experience a little roomier than mine? Share your thoughts in the comments below.