Reshaping the classic terminal app to fit the multi-form factor world isn’t easy, but it’s the task that the Canonical Design team face as part of their work on Unity 8.

Today, they’ve offered up a small glimpse at their design thinking in a blog post. Canonical’s Jouni Helminen explains: “On the visual side, we have brought the app in line with our Suru visual language. We have also adopted the very nice Solarized palette as the default palette.”

The re-design proposes making a number of improvements to the Terminal core app currently available to install on Ubuntu phone and tablet, including the addition of features that cater to the desktop use case:

On desktop and tablets the Terminal will sport a “visually persistent” tab bar when more than one tab is open. On mobile, terminal tabs will be moved to the bottom edge, similar to the web-browser app.

Tab behaviour aside, the proposed Terminal re-design for the Ubuntu Phone isn’t hugely dissimilar to the way the app looks now, with a different colour scheme and some new icons.

Using the Terminal app on the Ubuntu Phone is a novelty, and it’s hard to avoid the different interaction method required.

One of the ways the Terminal app developers have worked around the lack of ‘full-sized keyboard’ — the on-screen keyboard lacks Ctrl, Alt, etc.m buttons — is through a touch-centric shortcut bar at the bottom of the screen.

For the next iteration of the app Canonical’s designers hope to list many of these shortcuts by recency and allow users to add their own custom key shortcuts and commands.

Another interesting change mooted is using a specific auto-correct dictionary for the keyboard app when used in the Terminal.

Getting it right is critical

The command line is a key part of the “ubuntu” experience for many users and developers. Canonical will be keen to avoid offering a hobbled, limited or alien command prompt to users opting to try Unity 8 on the desktop.

But while using the command line from a phone or tablet feels novel, and shortcomings or missing features expected, desktop users will be far more demanding.

Do you like what you see so far? Share your thoughts on the converged Terminal app designs in the giant hole we’ve carved out below. 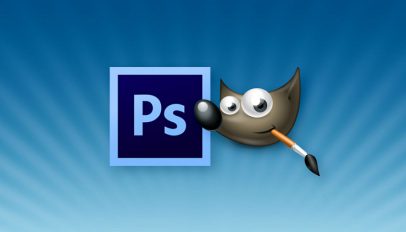