A new version of the Mozilla Firefox web browser is available to download.

Firefox 46.0 comes (as always) with a modest set of improvements, including GTK3 integration for the Linux desktop builds.

On Ubuntu 16.04 the most noticeable change is in the colour used for context menus: 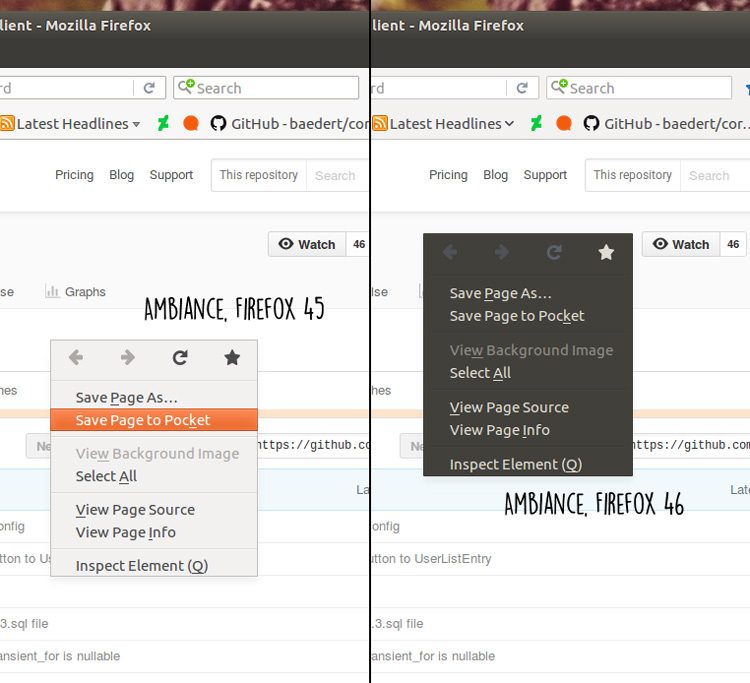 Feature fans will be relieved to hear this release comes with no divisive change á la the removal of tab groups in Firefox 45.

Among the changes to ship in Firefox 46:

Those of you running Ubuntu 14.04, 15.10 or 16.04 LTS you don’t have to do anything elaborate to get this update. You’ll get Firefox 46 through the standard Ubuntu update mechanism along with updates to all your other packages.

As of writing the package is yet to be uploaded to Ubuntu, so don’t panic if you don’t see the update waiting for you.

And before you ask, no this version of Firefox isn’t available as a Snap package — not yet, anyhow.

If you’re reading this on a distribution which doesn’t handle Firefox updates directly you may can download a new static binary from firefox.com:

If you try Firefox 46 with GTK3 enabled do let us (and other readers) know how it goes. Some early reports noted issues with missing widgets, scrollbars and blank text on some websites. Is this still the case?