The GNOME desktop is to add OSD notifications for wireless connectivity states and audio jack events.

Both features will bring the GNOME desktop environment in line with other operating systems and shells, including Ubuntu.

“If you have keyboard buttons on your laptop to enable or disable Bluetooth, or Airplane mode, you can now use them,” explains GNOME developer Bastien Nocera on his blog, adding that “…the “UWB” toggle key will toggle the whole airplane mode mainly because no in-kernel driver uses it, and nobody remembers what UWB is.”

The most recent stable release of GNOME, version 3.18, displays no explicit visual on-screen notification when either bluetooth or airplane function keys are pressed. OSD bubbles do show for other media and function keys, e.g., volume, screen brightness and display switching.

A patch to plug the gaps in support shortcut key toggles are set to ship as part of GNOME 3.20, due for stable release in early spring.

Support for the hotkeys is possible thanks to work going on elsewhere in GNOME, including work taking place in gnome-settings-daemon for audio jack notifications.

Which leads us on nicely…

Ubuntu 14.04 LTS (and above) sometimes shows an audio device prompt when plugging in sound equipment is attached to the headphone/microphone combo jack.

On some newer laptops the 3.5mm audio jack can automatically detect the type of audio device attached.

But where/when it can’t, Ubuntu asks the user to confirm what the type of audio device they’ve just attached, e..g, whether it is output only (like headphones), input only (like a microphone) or both (like a headset).

Using this prompt the OS is able to adjust the system audio settings so, e.g., sound plays through headphones rather than built-in speakers. This save the need for the user to manually check and/or adjust them through Ubuntu System Settings > Sound.

Work on adding a similar feature is currently underway in GNOME. It won’t be too long until users of the GNOME desktop could soon benefit from headache-free headphone set-up and manual-free microphone configuration!

That said, both are part of the ‘spit and polish’ that all modern, desktop operating systems need, particularly as user experience expectations become informed by our mobile devices. 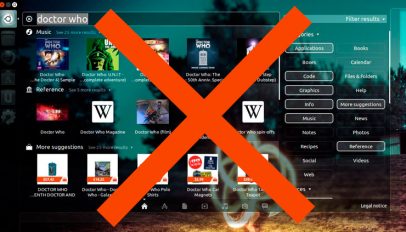 Ubuntu ‘Spyware’ Will Be Disabled In Ubuntu 16.04 LTS
Read Next