Three different Ubuntu Phones are now available to buy online — but none will be promoted by network carriers or sold in retail stores.

In fact, it may not be until 2016 that we see any Ubuntu phone pitched at the general public, so says Cristian Parrino, VP of mobile at Canonical.

The reason why? A little thing called all about expectation.

Phase One Is Not About Sales

Flash sales and invite-only purchase restrictions have (so far) proven a useful way for Canonical to drum up publicity and keep word of the Ubuntu phone project alive in people’s mind without promising them too much, too soon.

But such user-centric sales techniques have the advantage of playing to a captive audience of enthusiasts, an audience whose expectations for the devices accommodates reality.

And for a fledgling mobile platform that’s super important.

Enthusiasts don’t expect polish, they don’t expect WhatsApp and Skype, and they don’t expect to find every switch and toggle available on Android. Random battery draining bugs? ‘Bring ’em on!,’ they say. A dialler app that takes ages to load? ‘Who cares when I have a Terminal app’, and so on.

For such users the reality of owning a smartphone that runs Ubuntu trumps any other concern.

This purview is not a recipe for long-term mainstream success but it is a short-term way to shore up the foundations on which to build that success.

‘Sales Have Been in the Many Thousands’

Ubuntu Phone sales are already in the ‘many thousands’, said Parrino in a press call earlier this week (though  he would not divulge an exact total).

Not a huge number — and cynics among you may note that he didn’t say ‘tens of thousands’ — but proof that the strategy of targeting sales to a small subsection of its audience has worked a treat.

‘The first phase of this Ubuntu Phone journey […] is not a day one volume play,’ he explained in the press call, adding that Canonical is more concerned about feedback from early adopters.

Market share may not be the company’s priority right now but if it is to see its roster of hardware partners expand, take on new countries and deliver the sort of hardware needed to push the platform forward, it will be at some point.

Every journey has a destination at the end, right?

If Canonical’s phone ambitions are to take off it will need to target the pockets of everyday users. It will live or die in mainstream hands rather than the fingers of forgiving fans.

That makes the question of precisely when carriers will begin selling the Ubuntu Phone to customers an important one to ask.

Canonical isn’t short of options in this area, ether. Several high-profile mobile carriers already back the Ubuntu Phone project (not all publicly) and three of these in particular, we’re told by an unnamed source, are itching to offer handsets running the OS to their customers today.

So why aren’t they?

Without any hesitation in his response to the question of a mainstream launch Parrino told us that it is simply ‘too premature’ to put Ubuntu Phones, like the new €199.90 Bq Aquaris E5, in the hands of regular consumers.

First impressions count and that’s never more accurate than when the opinions of the hassle-averse mainstream are involved.

For example, Scopes make up the core experience on the Ubuntu Phone but lack many features, capabilities and navigation refinements that users expect, from keeping music previews playing in the background after swiping away to being able to interact with content in a meaningful way, like being able to leave comments on a photo in the Facebook Photos scope.

Mainstream users should not have to dive into a Terminal to create a Wi-Fi hotspot, or flash their handset with a development image to get a keyboard that works half as well as that in Android 3.1.

And telling them they’ll need to persuade all of their friends to install Telegram just to chat to them… Why, is that the sound of $100 being slapped down for a cheap Android device instead? Yes; yes it is.

But this isn’t a hit-piece on the Phone OS. It’s really promising, innovative stuff — it just needs to be at its best to impress.

The good news is this is all being addressed. Scopes (as shipped on handsets today) are going to receive some big, big changes in the near future; Canonical is in active discussions with well-known companies about filling in gaps in the services layer, and bug fixes, design refinements and performance improvements are landing in bulk, in every OTA.

Although a drab shy on the specifics of precisely when he expects phone will be ready to take on the non-tech crowd, much less where and with which carriers, Parrino did say that the mobile team within Canonical is working towards a target date of “Q1 next year”.

With late 2015 set to see the first “convergence” device, the first test of Ubuntu’s phone-as-a-pc play, it’s going to be an exciting (for us) and exhausting (for them) six months.

But if anyone can pull it off it’s Canonical. 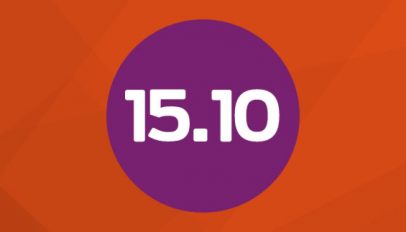