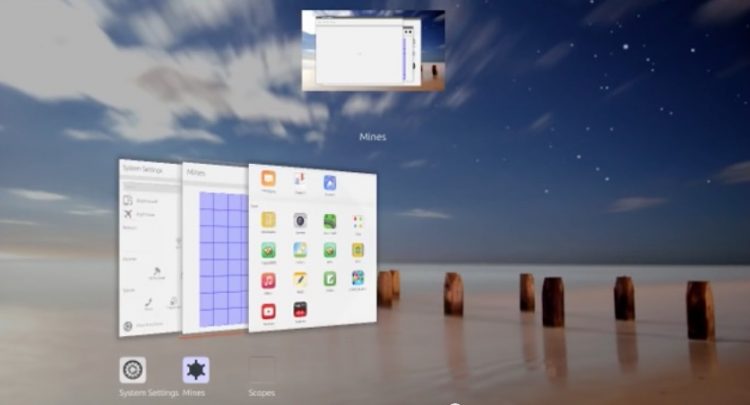 An experimental application switcher for the Unity 8 desktop is under development — and you can see it in action right here.

Visually it looks like a mashup of Windows’ Aero Flip 3D and Mission Control in OS X, with a horizontal carousel of window previews. Previews sit atop their respective app icons and are topped by a thumbnail strip showing available workspaces.

Open app windows can be cycled through and the focus window (which does not glide in Cover-Flow style as you might expect) is denoted by a subtle glow, a title, and a small ‘X’ close button.

A lack of animation makes the multi-tasking design look very abrupt in its current state, but since this is far from final that’s not something to complain about.

See It In Action!

Popescu Sorin, an intrepid tinkerer of Ubuntu, has recorded a short video of the new app switcher (and other features of the Unity 8 desktop) to give you a feel of how things are looking (or should that be ‘cooking’?).

Again, to be very clear: the window switching feature you see demoed below is still a work in progress; it is not the final design, is not complete and is not¹ present in the Ubuntu Desktop Next builds made readily available for download.

At the time of writing you you’ll need to be a source-code ninja like Popescu to try the app switcher as it requires pulling Michael Zanetti’s ‘desktop spread’ branch and compiling Unity 8 from source — not for the faint hearted!

Hit play on the video below see the feature in its current state. Be sure to zip on down to the comments to share your thoughts/hopes/wants for Unity 8 window management once you’re done watching!

When Will Unity 8 Ship as Default?

Plans to offer an optional preview image or separate installer alongside next April’s release of 16.04 are also under discussion, though Unity 7 is to remain the default, recommended desktop environment.

¹ Assuming you’re reading this around the time of publication. 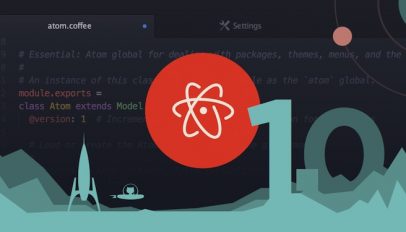