After 10 years of using Google as the default search engine in Firefox, Mozilla has announced that Yahoo! will replace it from December.

The switch is part of a five-year deal with Yahoo! and will take effect in Firefox on the desktop and mobile for those in the US next month. Russian users will be switched over to Yandex, China gets Baidu, while other local search operators will be given an opportunity elsewhere on a country-by-country basis.

“Our agreement came up for renewal this year,” Mozilla say of the switch, calling it an “opportunity to review our competitive strategy and explore our options.”

“We believe [the changes] will empower more people, in more places with more choice and opportunity to innovate and ultimately put even more people in control over their lives online.”

But before you reach for the smelling salts or raise a placard in anger: Firefox on Ubuntu won’t be affected.

Don’t like Yahoo? You can still switch back. It’s fine; Mozilla don’t mind’

Google, Bing, DuckDuckGo and other search engines will continue to ship with the browser. Users not “yay” about Yahoo! can, Mozilla say, switch to their preferred alternative just as easily as at present.

The move ends a profitable deal for Mozilla, who, as evidenced by the recent introduction of site suggestions in blank tiles on the speed dial page, rely on deals to fund their open-source endeavours.

Don’t like Yahoo? You can switch back. It’s fine; Mozilla won’t mind. But it’s a little unfair of those admonishing a free, open-source project trying to support and secure its future and ideals through a change that’s trivial to ‘undo’.

What does this mean for Ubuntu? Well, not an awful lot. If you’re running Firefox as shipped (and updated) in Ubuntu then you won’t see any change in your search provider going forward.

Ubuntu ships with its own semi-customised version of Firefox that bundles in a custom Google-powered start page, bookmarks and add-ons for some system integration. Ubuntu will continue to ship with this, so Google will remain the default search engine.

Back in 2010, Canonical struck its own deal to set Yahoo! as Ubuntu’s default search engine. The move didn’t go down well and was promptly reversed. No doubt the sting of the community ire that raised lingers in the company’s consciousness. 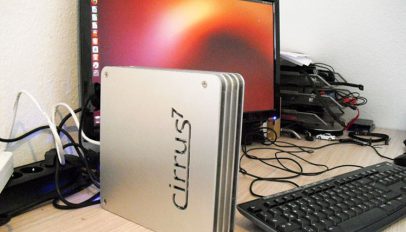