Sid Meier’s next Civilization game, titled ‘Beyond Earth’, will be available on Linux at launch later this year.

The space-based game trades the historical trappings of previous entries in the series for a futuristic sci-fi feel, one similar to the 1999 critically acclaimed strategy hit Alpha Centauri.

Firaxis, the studio behind the game, officially announced the game, and its support for Linux, during a panel at PAX East 2014 on April 12.

Will Miller, co-lead designer of Beyond Earth, speaking at the panel said: “The heart and soul [of Alpha Centauri] lives at Firaxis. For all the fans of Alpha Centauri, this is the game we’ve made for you.”

Among the new features being added to the next Civilization title is a “semi-randomised” quest system that will add a bit more context to your exploration. Like the other games in the series, there will still be multiple paths to success – be it total domination or even contact with an alien species – but unlike the other titles the tech tree will become a “tech web”.

Players will focus on particular “affinities”

In one of the biggest changes coming to the series, the “tech web” will open up humanity’s future in a new take on tech progression in Civilization. Beyond Earth’s lead designer David McDonough spoke to Polygon about the new non-linear tech progression, whereby players will focus on particular “affinities” that will push your technology in different directions. One affinity will let you seek out technologies that attempt to integrate humanity into alien surroundings whilst others will focus on robotics or even terraforming.

McDonough explained that previous Civilization titles were “saddled to history”, so the path from pottery to astronomy could be reasonably tracked through our actual past. But with Beyond Earth, there is no history to map from and the player will need to undertake a different strategy than when gameplay was limited to one planet alone with actualised technologies.

You can get a feel for the tone of the game through the official introductory trailer:

Firaxis say the game will debut on PC in the autumn. 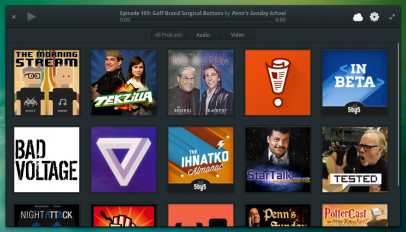