If you’re a Brit of a certain age then you’ll associate ‘Newsround‘ with a warm, post-teatime feeling of childish abandon.

Take a moment to wipe an imaginary spaghetti hoop off of your chin before you move on.

The daily news bulletin is aimed at kids between the ages of 9 – 12 and covers both real-word current affairs and events from a kid-friendly angle, and a few lighthearted or kid-orientated topics to maintain interest.

And if there’s one thing kids like it’s robots.

In one of its more recent outings on the CBBC digital channel, to which it was shunted a few years back, the Ubuntu desktop made a fleeting appearance as part of a series on robotics.

Yeah, I know; I recently said that this sort of stuff isn’t as jaw dropping or exciting as it used to be, but allow me this one.

A team from the University of Hertfordshire has turned a bog-standard British house into a futuristic palace packed out with robots and gadgets and technology. The aim is to assess how much technology can help us in our day-to-day lives.

During the feature the Unity desktop inadvertently features on screen at the 1.17 minute mark.

You can learn more, as well as see the clip (which is likely going to be restricted to those in the UK) by following the link hidden behind the button below. 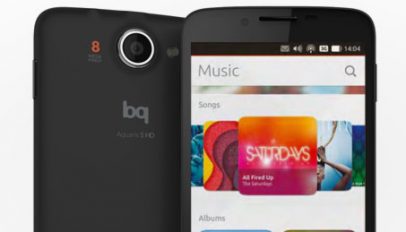