Trust issues are stumping Apple fans trying to connect their iOS 7-toting iPads and iPhones to recent versions of Ubuntu.

And I’m not talking about the NSA kind.

The breakdown of the relationship is intentional, following the uncovering of an exploit that allowed a Linux PC to masquerade as an Apple charger to infect an iPhone with rogue software. With the release of iOS 7 Apple introduced an improved set of USB security criteria to prevent any similar issues arising.

But in securing the OS from the adulterous use of “fake chargers” a number of Linux users are now no longer able to mount or manage their iDevices on distributions like Ubuntu.

The Issue As It Stands

Falling foul of the bug requires no special use case: when connecting an iPad/iPhone running iOS 7 to an Ubuntu PC users are presented with a permissions prompt asking whether to “trust this computer”. Okaying this, and any similar dialog on the Ubuntu desktop, should mount the device. 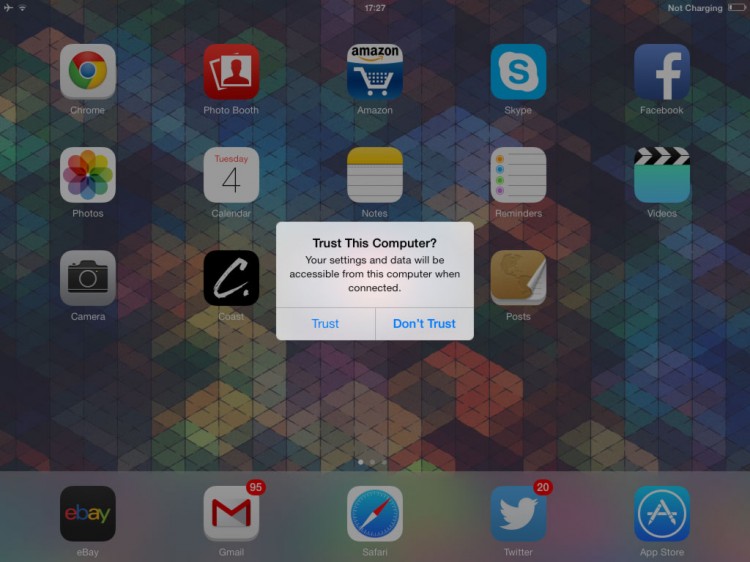 This endless loop of digital anxiety is the result of the aforementioned security fixes not yet being worked around in the open-source library used to mount Apple devices on Linux.

According to the bug report tracking this issue on Launchpad, it is possible to break the cycle and successfully mount an iOS 7 device on the Ubuntu desktop.

The ‘how’ is less enticing, requiring the installation of an updated build of the imobiledevice library that is said to solve the iOS 7 trust issue, resulting in files, photos and data on an iPad/iPhone being accessible in Ubuntu and/or to any applications that support sync services.

The drawback is that there is no firm date set for this ‘fixed’ build, version 1.1.6, requiring an unstable snapshot of the library to be installed. This is a solution not everyone will be willing to take a punt on.

Source code for the latest builds of libimobiledevice is available from GitHub.  Debian installers built for Ubuntu 12.04 (and suitable for versions after) have been packaged by the community. Usual warnings about ‘untrusted packages’ go here.

To install, first disconnect your phone, then install the package, then reboot, then reconnect your iPhone or iPad, okay the on-screen prompts and — if all goes to plan — your iDevice should finally be accessible through Nautilus on the desktop.

Does it actually work?

Caveat Implorium. That’s made up latin for ‘pay attention to what I’m about to say‘.

In theory upgrading the library at the crux of this issue should fix the trust loop issue. I stress ‘in theory’ as not everyone who has tried it has reported success — myself included.

But, with iOS 7 inaccessible to most (interestingly, some claim to not be affected by it) it’s worth a punt.

If you still encounter issues after applying the update you’ll want to keep an eye on the bug report filed against the library on Launchpad. 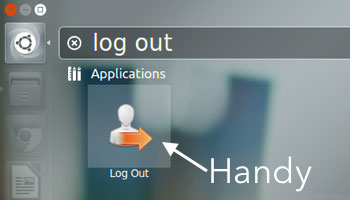 How To Add Shutdown, Restart Options to Ubuntu’s Unity Dash
Read Next