In an impressive feat, Ubuntu has demoed a working port of Chromium running on Mir, Canonical’s in-house, next-gen display server.

Mir engineer Robert Carr describes the success of the port as being “the first and biggest step towards running Chromium in Unity 8, ensuring a diverse browser ecosystem for the future of Ubuntu.”

Much of what makes Chromium on Mir possible can be traced back to work Intel has been doing on getting Chromium running on Wayland, necessitating the creation of an ‘Ozone Wayland’ component to act as a bridge between the browser and the underlying system features it requires access to in order to function, support input, and accelerate graphics.

Ozone Mir is a fork of the Ozone Wayland work, as Carr notes:

“Investigation in to Ozone Mir quickly lead to the observation that a large amount of code would need to be duplicated between them. In order to try to improve this situation, we have instead based our Ozone Mir work off of Ozone Wayland.

Ozone Mir creates a new set of interfaces on the GPU process side abstracting the idea of utilizing an external EGL compositor.”

The Ubuntu fork maintains the Wayland code but, Carr explains, also “enables [a] set of now shared components from Ozone Wayland to build both a Mir and Wayland backend.”

Mir developers are now hoping that these “shared components” can be merged upstream in Chromium, to benefit both projects, furthering the collaboration started by Intel and Wayland with the Chromium team.

But precisely when, or indeed if, such merge proposals will be accepted remains unknown for now. 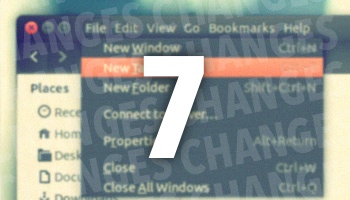 7 Improvements In Ubuntu 14.04 LTS That You’re Going To Love
Read Next