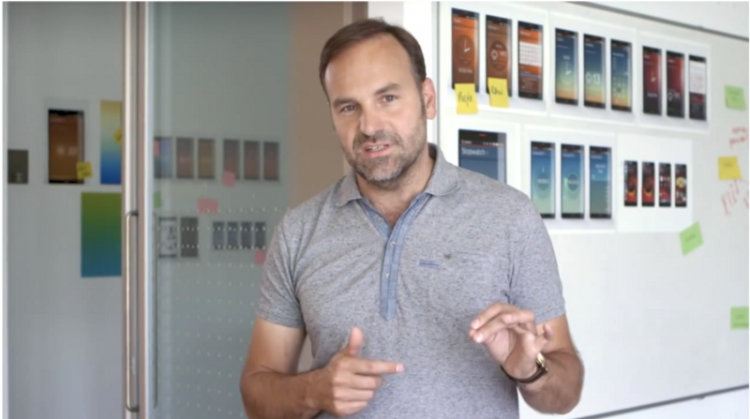 But, if such big-name, established companies are so interested in the platform why, as Shuttleworth has previously said, were they ‘explicitly turned down‘ as partners for the first wave of devices? What advantage is achieved by rolling with minor players over those with existing customer bases and routes to market?

Well, it’s all about expectation — both meeting it and building it.

The question a few lines up is one many have asked, often in hope of needling the balloon Canonical has dutifully been inflating with hype since January of last year, presumably to help lift their mobile plans off the ground a bit sooner.

Whether or not the ‘explicit’ declination of well-known OEMs mentioned by Mark Shuttleworth at the start of this year was as straightforward as said is neither here nor there. What matters is what’s happening, and on that front Canonical’s decision to enlist an army of minor OEMs to help shoulder the ambition has more than a faint whiff of military strategy about it.

Before we dig a bit deeper in the ‘why’ let’s recap the basics of what is happening this year.

The first two Ubuntu phones will be made by the small Spanish company Bq and the (self-proclaimed) third biggest OEM in China, Meizu. These two small-name manufacturers have little brand recognition outside of their respective locales, but both found success in delivering on price, performance and, importantly for a project like Ubuntu, hardware aesthetics.

Two mid-range smartphones will go on sale later this year in China and Europe preloaded with Ubuntu and priced somewhere in the region of $200 and $400 (though comments made by Canonical CEO Jane Silber suggest that a mid-point between these is most likely).

As an added dose of healthy rumour, I’ve been led to believe that both handsets will be sold off-plan/carrier free as online e-tailer exclusives in Europe. Canonical and its CAG partners are, however, yet to formally confirm any plans for the devices, so take the above with a pinch of your preferred condiment.

‘Both have form in disrupting existing markets’

This brings us back to the question of ‘why‘ these companies. In short the answer is simple: both have form in disrupting existing markets enough to grab a profitable slice of the action.

Bq is now a big indie player in Spain and the surrounding areas. Meizu is now one the leading manufacturers in China and plans to launch devices in the US and Europe this year.

This grappling with orthodoxy is, Shuttleworth says, one of the reasons they were chosen:

“We specifically wanted to choose manufacturers who had the DNA of breaking into markets [which] led us to working with guys who had successfully cracked into some established markets.”

Not only that, but the markets served by both are also the most welcoming to new entrants:

He’s not wrong on the European front. Microsoft has been able to grab 10% of the smartphone market with Windows Phone (with over 11% in the UK specifically) making it a significant player there.

And while Shuttleworth acknowledges the return rates for ‘other new entrants’ as a ‘disaster’, claiming that around 40% of devices are being sent back, he feels that Ubuntu gives its first partners an advantage.

“[Bq and Meizu] value having something really beautiful to differentiate with.”

Canonical has been astute in its selection. The choice of smaller manufacturers with less public-facing visibility will play to the strengths of Ubuntu for phones as it exists today.

The ‘first version’ of anything tends to be ropey and unpolished. Look at Unity, Windows 8, the Ouya, the Galaxy Gear…heck, even Android wasn’t the flawless product most of us wow over daily. Ubuntu on phones will not be an exception.

‘First impressions count, and when you’re in a market as tough as mobile, that goes double.’

First impressions count, and in a market as tough as mobile, that goes double for anything unproven, like Ubuntu.

To borrow an example from history, Linux could’ve ‘won’ the Netbook war had it made a better first impression. As it was users walking out of shops with a cheap Linux mini-laptop tucked under their arm went home to find a rough, poorly thought-out interface backed by limited support. The return rates on them were high, resulting in OEMs ceasing to offer them at major retail points.

Imagine Samsung was the first partner. The scrutiny would be intense; and the OS would be judged harsher because of it.

In condensing both the appeal and availability of the first devices to just a handful of manufacturers targeting enthusiasts okay with rough edges, Ubuntu can avoid this fate.

The average smartphone user switching from a popular mobile OS like Android or iOS will find the first commercially available Ubuntu Phone lacking.

Yes, it looks slick. Yes, it does a lot of things better than its competitors. Yes, it has neat online service integration. But no; it’s not a drop-in replacement for Android or iOS.

At least, not yet.

‘It’ll be a geek OS. A showboater. A ‘look at me, I use something new that you don’t have…”

Canonical know this; they know that what will ship on those first few mobiles will be a capable, but far from extraordinary, mobile OS. It will be raw, flawed and have holes; it will be something that geeks will fawn over, but would only serve to frustrate the more average user looking to play Angry Birds on the commute to work, Instagram their $5 latte, or hook up with their Nike FuelBand during their daily jog.

The first Ubuntu phones won’t meet the needs of app addicts, teens or over-tweeters; it won’t suit those who Instagram their every meal; and it is unlikely to win over those financially invested in the Google or Apple ecosystems.

It’ll be a geek OS. A showboater. A ‘look at me, I use something new that you don’t have… isn’t this new technology shiny?’

And that is the whole point. This guerrilla approach makes sense. In fact, it’s the only way that Ubuntu can make inroads in a crowded bazaar without resorting to spending millions on marketing.

Put a less-than-stellar mobile effort in the hands of enthusiasts, gadget show-offs and early adopters and it will have time to breathe, to adapt, and to mature. Put it in the unforgiving, demanding and expectant paws of mass market mobile users and it will be written off.

Canonical know that to have a future the first wave of Ubuntu phones have to do well. By targeting them at those who enjoy the bleeding edge, are happy to get by on indie app offerings, and gleefully skip over gaping holes in its app store offerings, they’re intentionally shoring up a foundation to build on.

As those people learn to love the OS, warts and all, they’ll start showing it off; their friends and family will see it, will play with it, will start to ‘get’ it. Before long they’ll want one for themselves.

Its at that point that those ‘household name’ we’ve heard so much about will show up to the battle. With the tactical advantage of sleeper agents on the other side, success will come much easier. 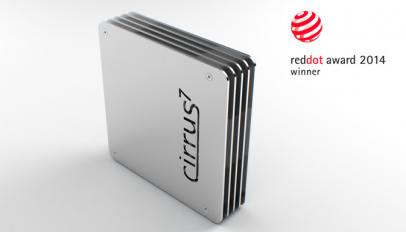