As predictable as the British weather, and almost as annoying, are the comments that appear under articles when we write about Linux weather applications.

Whether the app takes the form of a standalone client, a slick Conky setup or a panel-based applet, the opinion hole beneath the article gets overcast by slow-moving clouds of cynicism.

“No one needs to stare at the weather all day,” wrote one made-up, paraphrased and exaggerated example person.

“People should just look online when they need to know the forecast and not before!”

All fair opinions, I guess. But they do overlook the desire some of us have to (try and) ‘know all the things, all the time’.

That, and weather apps tend to look pretty damn awesome, too.

But today I’m going to highlight a weather tool that even the most dour-faced of detractors may actually want to use.

The command-line based Weather-Util is almost as old as…no, can’t think of a witty comparison. But it’s been knocking around since 2006 which is a veritable eon in the fast moving world of Linux.

Weather-Util, which is available to install direct from the Ubuntu Software Centre, is a terminal-based tool lets you access current weather conditions, week-ahead forecasts, and a few other bytes of info without ever needing to alt-tab away from the command line.

Using it could not be easier (well, not until telepathy support arrives in udev): simply punch in (hackers punch keys, GUI losers tap) the following command (where <code> is the corresponding FIPS code from the NOAA weather website) and a short overview will print:

To get a more detailed forecast add the following switch:

Further details on options, usage and support can be accessed by pointing Lynx — you do use Lynx, right? —in the direction of the following website:

Home » Apps » The Geeky Way To Get Weather Forecasts on Linux 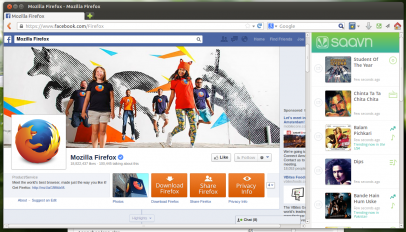