I’m an avid fan of Ambiance, the default theme in Ubuntu. As such it takes a lot for another theme to tear me away from it.

Like many Ubuntu users prior to Ambiance’s arrival I changed my GTK theme more often than I changed my underwear (slight exaggeration) – a contentment compounded by Unity. Few ‘third party themes’ seem to integrate as well with Ubuntu’s default desktop as those included with it!

Having recently made a conscious effort to change my habit, thanks in part to an increased use of GNOME Shell, I’ve been trying a veritable glut of GTK themes.

Of those I’ve tried one theme has stuck out in particular.

Iris, in both its light and dark variants, is nothing if not on-trend. It adheres to the (increasingly clichéd, but still good looking) use of “flat” elements coupled with just a splash of a bold accent colour.

It’d be easy to compare it to Windows’ Modern UI or Apple’s iOS 7, but since neither OS has dibs on the minimal style, they merely popularised it, it’s an association that would undermine the effort and attention put into Iris by its author.

Don’t Freak Out But It’s In Beta

If there’s a drawback to be had it’s that both themes are still in ‘beta‘. Yes, that means if you’re prone to table-flipping over minor inconsistencies or issues you will want to give it a miss.

For everyone else (read: the serene and sensible amongst you) Iris can give your desktop a dramatic overhaul. To try it out jump on over to DeviantArt using the links below, then install to your local theme folder and apply using an app like Unity Tweak Tool.

Don’t forget to let us know what you think of it in the comments. Any bugs you find can be reported on the project’s GitHub page. 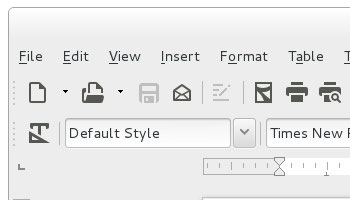