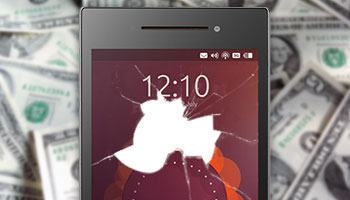 The Ubuntu Edge crowd-funding campaign has failed in its bid to raise $32 million.

The project – which sought to secure enough money from tech enthusiasts to pay for a limited run of high-end, dual-booting smartphones – closed earlier today with just over 40% of its goal secured.

As a a fixed-funding campaign IndieGoGo rules state that all $12.8 million raised must be refunded.

During the 30 day run the fundraiser drew support from more than 27,000 backers, gained a $80k donation from high-profile financial institution Bloomberg LP, and saw endorsement from British writer, comedian and actor Stephen Fry.

But, ultimately, cause célèbre wasn’t enough to muster the cash needed to see the Edge across the finish line.

Was the Edge campaign doomed to fail with a funding goal so big? Charles Luzar, Director of global crowd-funding news and information website Crowdfund Insider, didn’t think so when we spoke recently.

“Raising $32 million is a tall order even for a company like Canonical, but I don’t think failure here was inevitable. The data suggests they were actually ahead of schedule during the first week or so of the campaign, but velocity tapered off after that.”

‘Units became progressively more expensive [as the campaign went on.]’

“Units became progressively more expensive as more people laid claim to their Edge. While this incentivizes early participation, it removes incentive as the campaign goes on, especially when those increases represent the better part of 30% of the cost of the cheaper, earlier versions.’

Canonical later addressed the pricing disparity by lowering the price of the ‘Ubuntu Edge’ perk to $695 per handset – a deal over 5,000 backers took advantage of.

But, by this point, Luzar suggests that ‘the damage may have already been done.’

‘Understanding of the Ubuntu Touch project has never been greater…’

While the Ubuntu Edge may have failed to materialise success monetarily there is no denying that it has succeeded on other ways.

As we explained in an article last week, public exposure and understanding of Ubuntu and the Ubuntu Touch project has never been greater than it is right now, and the conversation around the campaign has led to industry debate on the future of smartphone technology sooner than they would have liked.

VP of Phones & Hyperscale Delivery at Canonical, Victor Palau, echoed this positivity in an e-mail to me, saying that Canonical are ‘pleased’ with the reception their ‘vision for the future of mobile phones’ has received from the industry, consumers and enterprise.

‘Edge showcased the true power of crowdfunding. It isn’t the funding, it’s the crowd!’

Palau hopes that the initiative has helped prove ‘…the viability of crowd funding as a platform to foster innovation, not just for start-ups but for anyone with an appetite for adventure.’

‘To me, a high light of the project has been the passion demonstrate by the Ubuntu community.’

On this Luzar is in agreement.

“I have been covering this space for a year and I have never seen a group of people promote a campaign with this level of fervor. Spend some time looking through the comments on the Edge’s campaign page. It’s incredible and showcases the true power of crowdfunding. It isn’t the funding, it’s the crowd!’

“If anything, I think this campaign will entice more companies to consider [using] this route.”

Related: $32 Million or Not: Why the Ubuntu Edge Is Already A Success

So what happens next?

Well, firstly, some $12.7 million needs to be refunded to those who pledged. Canonical say this will happen over the next 5 days.

The Ubuntu Edge handset, meanwhile, stays firmly on the drawing board; it won’t be made.

But for Ubuntu Touch, it’s business as usual. This campaign  was not make or break for the mobile project. The first 1.0 release of Ubuntu Touch is due late October.

Past this, according to comments made by Canonical since the mobile project reveal earlier this year, the first batch of Ubuntu Phones from OEMs & carriers will start appearing early next year. 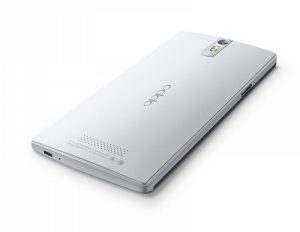 Ubuntu Touch Coming to the Oppo Find 5 Smartphone
Read Next