OMG! Ubuntu! reader Darren Shipp spotted something a little off when browsing the Walmart website recently.

In the on-site listing for a refurbished Nexus 10″ tablet he noticed a familiar-looking image in the product gallery: Ubuntu Touch for tablets.

Google’s tablet is one of the four Nexus devices ‘officially supported’ by the Ubuntu Touch development preview.

While the ability to install an alternative operating system is a strong selling point, and something the Nexus 10 makes easy, the visual boast is a little unexpected. One imagines that its appearance is down to an over-eager Google Image Search! 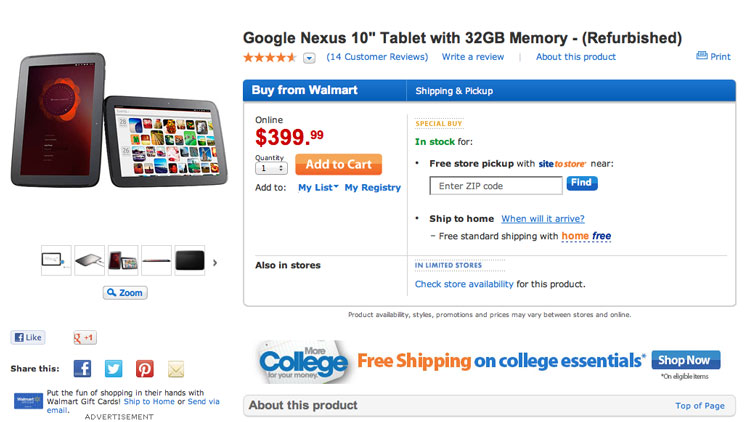 You can check the mistake out for yourself at the link below.

Don’t forget to get in touch  with us if you’ve seen Ubuntu somewhere you wouldn’t expect.

Lubuntu, Kubuntu Won’t Ship With Mir in 13.10
Read Next