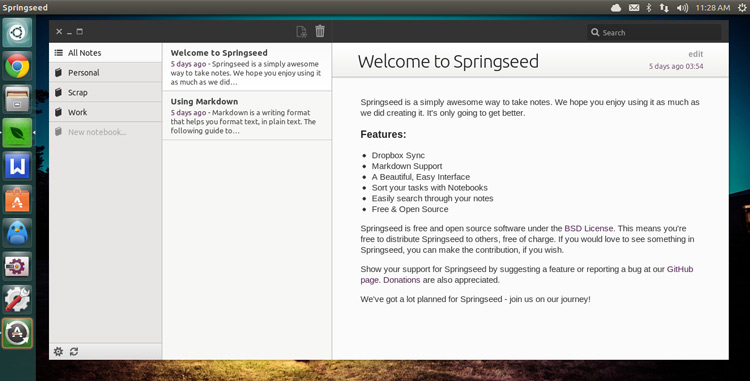 A new note-taking app for Ubuntu has been released.

Springseed, by developers Jono Cooper and Michael Harker, is a simple, lightweight note-taking tool written in Javascript. Its developers have badged the open-source organiser with the slogan: ‘Simply awesome note taking’.

For its initial release Springseed is focusing on the basics.

Notes can be created/edited, assigned to a ‘notebook’ and searched through using the global search field.

Dropbox account sync allows you to back-up and sync your notes & notebooks across installations. 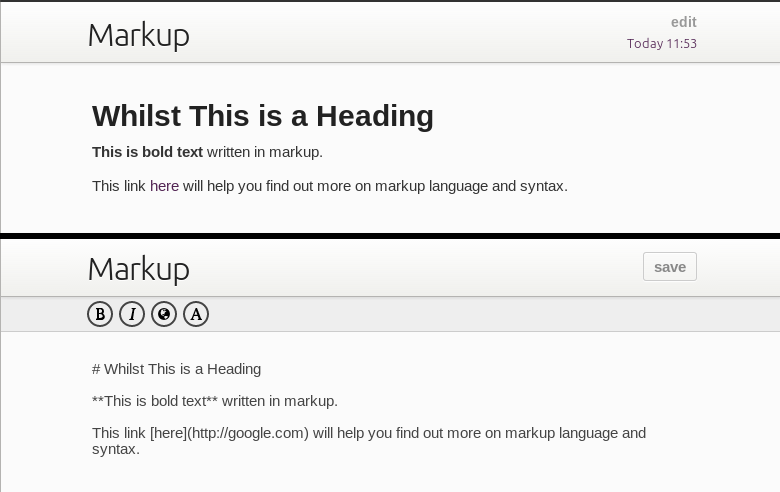 Finally, Notebook Creation allows you to organise & group your notes by topic or theme.

A known webkit node js bug means that, for now, you can’t adjust the size of the Springseed window on Linux.

The good news is that the application does automatically adjust to fit the size of your screen, and maximising still works as you’d expect.

The next release of Springseed, version 1.1,  will bring Mac & Windows builds to the table along with, albeit tentatively, Ubuntu One sync support.

Springseed is a free download and requires Ubuntu 12.04 LTS or higher.

An update has since been released that fixes many of the issues brought up in the comments section.
Apps Download notetaking springseed 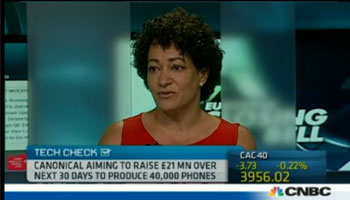