PC cases for the most part look like… Well, look like a word I shouldn’t use on this site.

But with a bit of imagination, some paint, and plenty of LEDs a boring box can be transformed into a terrific-looking tower. Just like the following: a planned case mod by Ubuntu ISO tester Jackson Doak.

Based on a Power Mac case, Jackson aims to use plenty of orange, plenty of LEDs and possibly even orange-coloured liquid as part of a water cooling system. The completed system will be used to test daily ISOs – so not only will it look Ubuntu, it’ll be helping Ubuntu, too.

Admittedly the size of the case means that it’s not quite as sublime as the mini Ubuntu PC concept we showed you a year back, but it is delicious enough to have my mouth-watering.

Folks. Its one thing to not like the case, or Jackson’s design, it’s another to attack him personally or build an avalanche of negativity.

Don’t like it,? That’s cool. No skin off my nose – but how about being constructive whilst being snarky? Maybe suggest alternative cases he could use, or tweaks to his design, or how you’d go about modding a Power Mac case?

What was below (yes, i’ve pruned it for balance) was a cesspit of ass-hattery.

To the inevitable cries of censorship: your free speech hasn’t been curtailed. You can still go outside and express how much you dislike this case in all manner of offensive ways. I just don’t have to let you be a douche in my living room.

Home » Idea » Does Your Ubuntu PC Look This Cool? 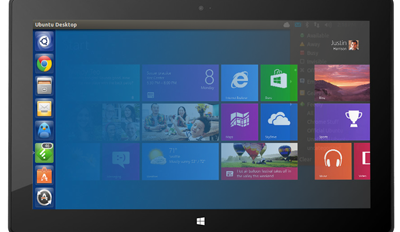 Surface Pro Owner? Here’s How to Install Ubuntu
Read Next