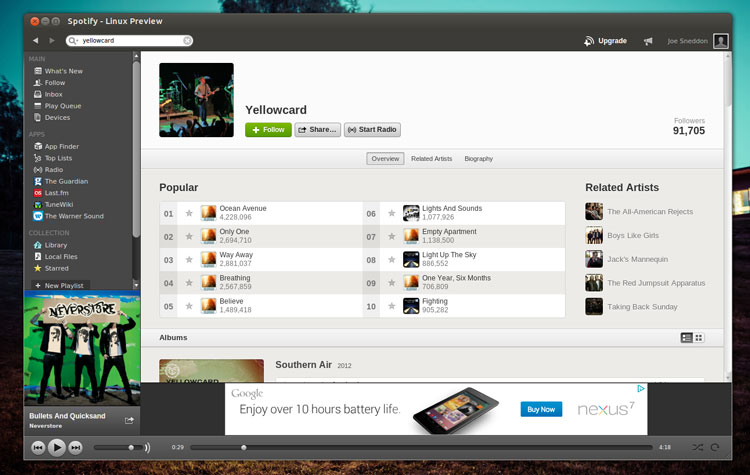 I love that Spotify provide a native Linux client. I don’t love that it looks a little out of place.

Spotify fan Juho ‘Kurko‘ Kurki has tweaked a few of the artwork assets used by the application toolbar to better blend in with the rest of the Ubuntu desktop under Ambiance.

It should go without saying – but i’ll say it anyway – that you need to have Spotify for Linux installed before following this guide.

There are two ways to apply the Spotify Ubuntu skin. Both are fairly straightforward, so choose whichever one you’re more comfortable with.

To install skin via the command line just use the following two commands:

Want to do it the GUI way? No problem.

Next, press Alt+F2 to open the command prompt. Type/paste the following into it:

Grab the ‘resources.zip’ file you downloaded in the previous step and move it in into this folder. Choose to overwrite the existing package of the same name when prompted.

Now start Spotify (or restart if already open) and the new theme will take effect.

Want to revert back to stock Spotify? Repeat the above steps but using the original resources.zip file.

The resources.zip archive contains virtually every interface element used by Spotify – from play buttons to the scrollbars – so it’s possible that Spotify skins for other GTK themes could appear in the future.

Home » Themes » Music to My Eyes: An Ubuntu Skin for Spotify