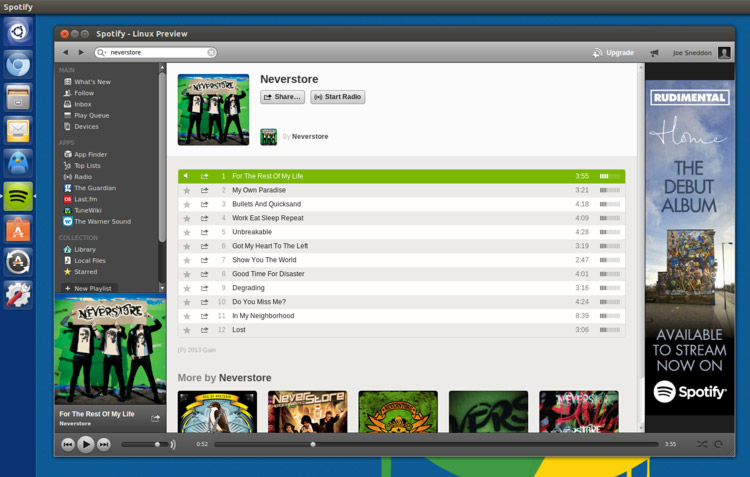 Spotify has released an updated version of their desktop app for Linux.

Unlike the last release-proper back in January, you won’t find anything dramatically different in this release, but you will find a new icon, faster start up times, and a handful of other minor fixes.

Spotify 0.9.133 isn’t going to persuade anyone who is not using it already using it to start doing so, but the more ardent Spotifites amongst you will likely appreciate it.