Hands up if you watched the return of Doctor Who yesterday, in the tech-laden episode ‘The Bells of St. John’?

That’s a lot of hands.

Now put your hands up if you think you spotted Ubuntu’s Unity desktop being used by Miss Kislet‘s shady soul-snatching organisation?

Fewer hands. But I can see why you’d think that…

Left-hand launcher, big circle at the top; items going half-way down – all Unity tropes. And, on the screen further back to the center (in the image above) we can see what looks like Ubuntu’s 4-space Workspace Switcher.

But is is actually Unity?

Between the few fleeting glimpse of the screens as a whole screen, which are often softly out of focus, there are one or two close-ups that shows that this isn’t – sadly – Unity being used:

But the Doctor Who production team aren’t averse to using Ubuntu to power displays during filming. Ubuntu 8.04 cropped up on-screen during ‘The End of Time’, and Ubuntu was ised in the adult spin-off Torchwood. 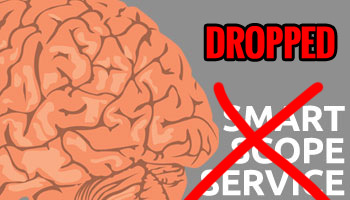 Smart Scopes ‘Not Mature Enough’ to Ship in Ubuntu 13.04
Read Next