LIMBO is one of those titles which reminds us that video games can still be works of art.

A side-scrolling game with its dark, dreamstate tableau and deliberate lack of storytelling, LIMBO creates a deep and darkly horrific addition to the puzzle genre.

You play as a small boy, guiding him through an environment of increasingly dangerous and tricky obstacles, misdirection, coupled with horrific creatures and Lord of the Flies-esque enemies, to reach his sister. 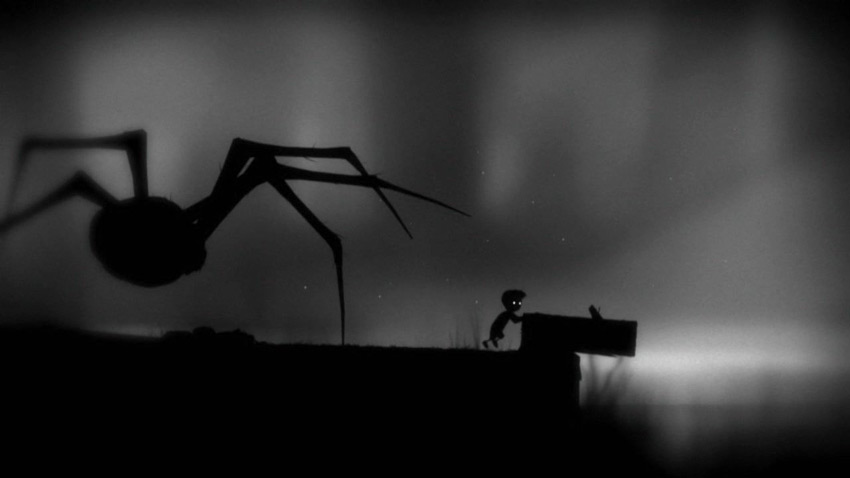 LIMBO’s exceptional presentation both aurally and visually is a powerful element of the game. The eerie atmosphere and sometimes sudden death creates a sense of foreboding in the player. It has no direct narrative, such as through cutscenes or other in-game cues, which may put off some players, but I would say that it adds to the game’s emotional aspect.

The game itself isn’t frustrating in its mechanics or puzzles; the puzzles are elegant in their variation and the controls simplistic. Like most 2D platform games, the boy can run left or right, jump, push or pull objects and climb onto short ledges or up and down ropes and ladders. 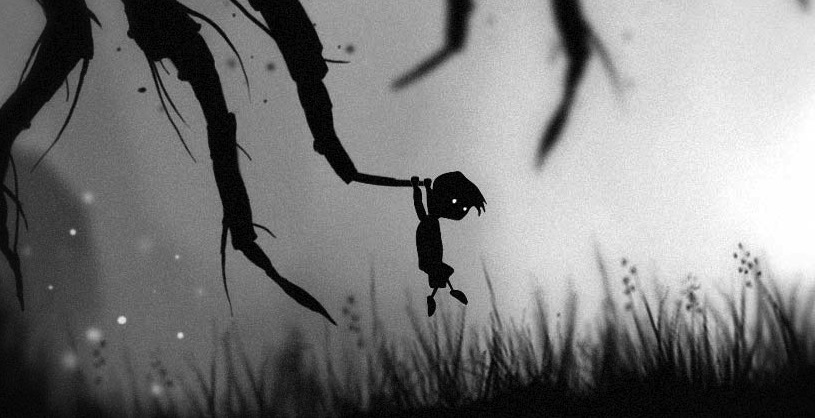 LIMBO uses sounds and visual cues to aid the player in solving a puzzle, for example, in an encounter with a giant spider early in the game, the noise of a bear trap falling indicates that you ought to use it against the spider. The boy’s gestures are also an important element of the gameplay as they hint to the player where actions or events would occur.

To avoid the unworkable solutions, the game causes gruesome deaths for the boy to steer you away. The frequency of death is an important part of the game; the deaths are necessary in learning how to overcome each obstacle and they don’t detract from the gameplay, as checkpoints are plentiful.

Replayability is not a huge quality of LIMBO; being a puzzle game, once you know how to solve the puzzles the addictive quality is gone, and lack of multiple solutions to each puzzle makes it even less so.

The film-noir style and ambient soundtrack engulfs you, as you find yourself in LIMBO, always facing something new and ever-challenging puzzles.

The minimalist presentation and open-endedness of LIMBO adds to its deeper qualities, making it much more than a fun and alluring game, becoming a metaphor and philosophical work of art.

While not a game for the hard-core gamer, LIMBO would fit nicely in anyone’s game library; with its simple controls and basic gameplay mechanics it is a great game to sit down and kill a block of time playing.

It’s a great title to have for Linux and the exceptional gameplay and puzzle quality allows you to forgive it’s relatively short playtime.

LIMBO is currently available in the Ubuntu Software Centre for $8. Given my opinion on how great the game is, I think it is well worth it.

If you happen to have bought Humble Indie Bundle V, which included LIMBO, then you’re already set. 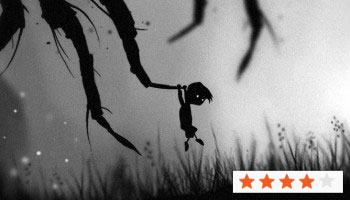 A masterpiece of a game; superbly designed and addictive til the end. Worth buying.