An update to Ubuntu’s default theme has landed in Ubuntu 12.10.

Although the changes are not as “origami” like as Mark Shuttleworth hinted during his UDS keynote, they do refresh Ambiance and Radiance by polishing off its rough edges and introducing softer elements.

When the ‘new’ version of file-manage nautilus landed in Ubuntu 12.10 it looked atrocious. So the question many will want to know with this update is ‘how does it look now?’

Sporting big buttons, a lighter toolbar (said to only be used in Nautilus), and making use of GNOME’s new ‘symbolic’ icons, the update makes for a drastic improvement to the “look” (and I use that term loosely) alpha testers have had to endure thus far.

Interestingly the rest of the theme refresh – which you should note is not finished – sports many elements previously seen in Ubuntu Design Team mock-ups. Thus we see softer gradients, coloured checkboxes, and rounder corners on widgets introduced.

Although I am hoping that the ‘fading tab’ look (below) is a development quirk rather than a design decision, the rest of the changes get thumbs up from me.

The development branch also sees the return of ‘dark menus’ for the desktop item: 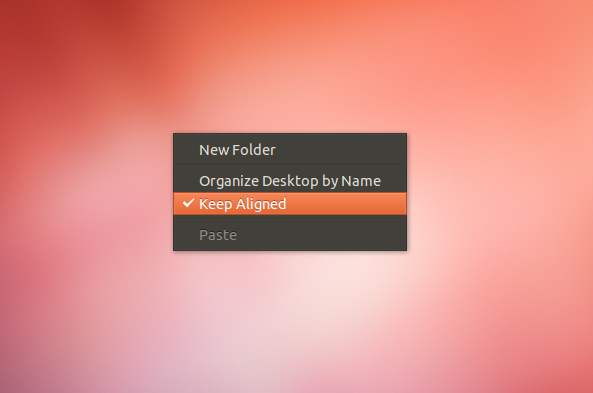 Want to play with it? You’ll need to be running Ubuntu 12.10 and have the latest updates (specifically the latest versions of the Unico theme engine and light-themes) installed.

As with all coverage of Ubuntu development, the images you see present are not final or indicative, and may contain snapshots of bugs.