There are a myriad of ways for Ubuntu users to become involved in the wider community – but just where does one start?

Enter the Ubuntu Accomplishments system, which aims to make finding, working towards and tracking opportunities within the Ubuntu community and beyond from one place.

No wiki’s, no mailing lists and no IRC channels: everything you need to know about ‘accomplishing’ a specific goal has been built into the application itself.

And you don’t need to be a serial coder to start earning trophies either; there are a number of accessible tasks for users to begin with, ranging from  linking you Launchpad account with the Accomplishments app to reporting bugs and attending LoCo events.

For the more seasoned community members the trophies become harder to get, but more rewarding in their achievement, such as becoming an official Ubuntu member.

You can learn more about the system, its aims and how it works by watching the following video.

If you’re say there reading this thinking “but I’m not a developer”, that doesn’t mean there aren’t opportunities to be found. The latest release comes with support for Desktop accomplishments, too.

So far the tasks on offer in this part aren’t the most taxing, and mostly relate to using Rhythmbox and playing Mahjong. But they do offer potential in helping users orientate themselves with their desktops.

The purpose of the application is to make the discovery of opportunities in the community/on your desktop easy. Having not tested a previous release I can’t say whether this release is better than before, but I can say that it makes the entire process of finding, earning and viewing rewards incredibly easy.

First off, finding new trophies is a snap; the “Opportunities” section of the Accomplishments app lists all available items, with a filter for more specific searching. 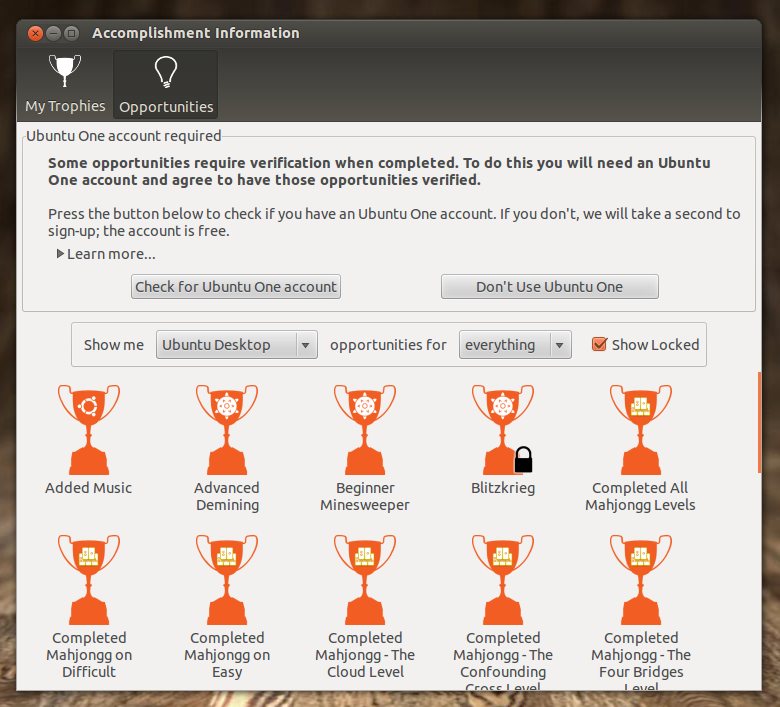 Finding out how to “earn” a reward requires nothing more than a click on the its trophy icon. 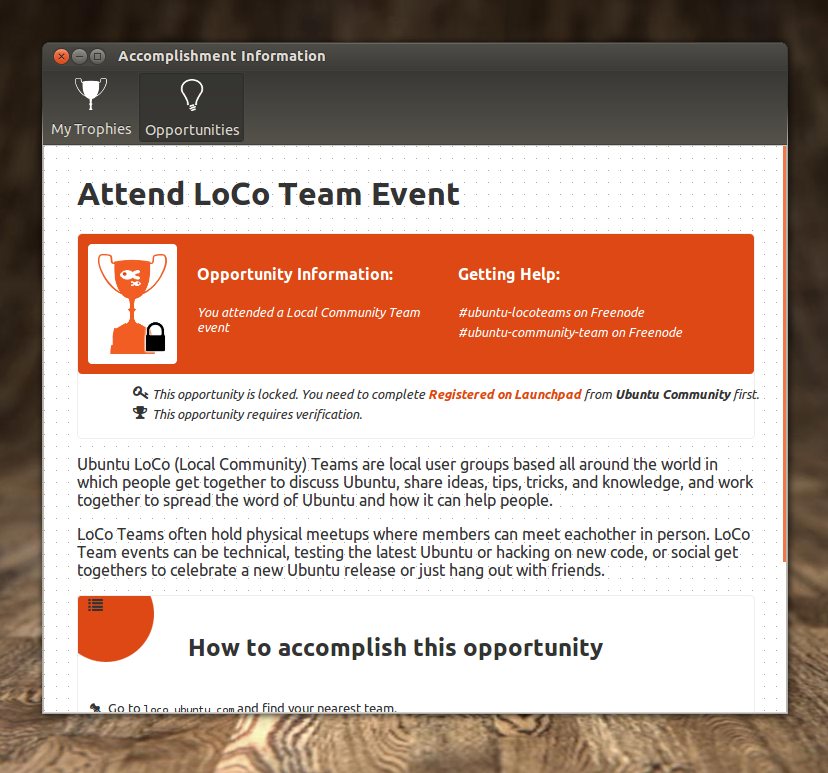 Then, when you’ve ‘accomplished’ a reward the trophy is added to your shelf the Trophies Lens: –

An Accomplishments Lens for Unity is also available. Again, like the app above, it makes the viewing and searching of rewards simple – in this case you just search: 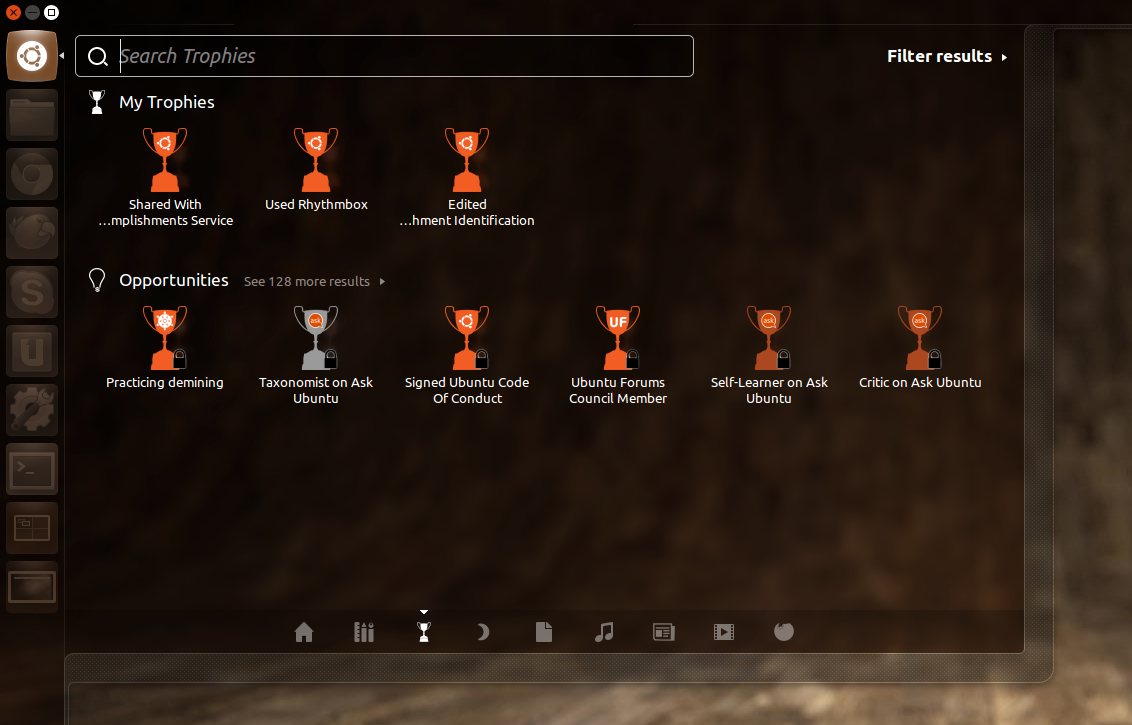 Ubuntu Accomplishment’s isn’t yet at a fully-stable release so you won’t find it available to install from the Ubuntu Software Center. 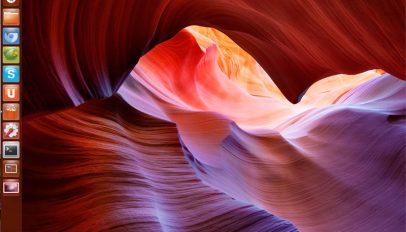