As expected, the debut of Electronic Art’s freemium games on the Ubuntu Software Center made a big impact in May.

Both titles – Lord of Ultima and Command and Conquer –  secure the top and second place in the ‘free’ apps top 10 following their much-hyped release last month.

Although no sales stats are available, the chart placing will still be good news for gamers on Ubuntu.

EA’s Richard Hilleman previously said that the company will be the ‘success’ of the Ubuntu titles on user rather than ‘financial’ metrics.

On the commercial apps chart Bit.Trip.Runner scores big, leaping into 3rd place after less than 3 weeks on sale.

Like most previous charts, the most popular paid apps on Ubuntu are once again gaming titles.

Much like the paid application chart above the top 10 free applications downloaded through the Ubuntu Software Centre is also largely made up of gaming titles.

Home » List » EA Game Titles, Braid Most Popular Downloads on Ubuntu in May 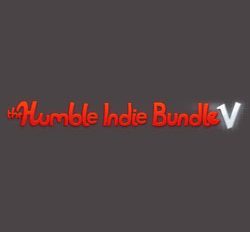 Almost 10,000 Humble Bundles Sold on Ubuntu In 72 Hours
Read Next