They’re best known for making Ubuntu laptops and PCs but ZaReason are about to dip their toes into fresh waters with the launch of a tablet.

But, unlike the rest of their hardware line up, the ‘ZaTab’ doesn’t come with Ubuntu but the tried-and-tested tablet Android 4.0 operating system. 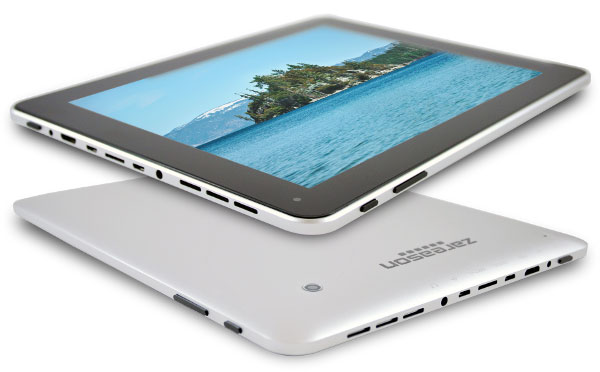 The lower-end of the tablet market is fast becoming identikit, much like the netbook market did several years back. Does the ZaTab have anything unique to offer?

Hardware wise no. The ZaTab sports the same ‘guts’ as most lower-end tablets. But although that means there’s no NVidia Tegra quad core chip tucked inside, the ZaTab is still reasonably specc’d: –

ZaReason are offering the Android 4.0 ZaTab at $349.00 (around £220). Whether you consider that price fair or not depends on your expectations.

A very similar spec’d tablet (same ‘system on a chip’ CPU/GPU combo as the ZaTab, but only 8Gb of internal space) can be bought on Amazon in the UK for around £155. It’s less pretty, only claims to have a 6 hour battery life with WiFi on, and sports only one camera.

Interested? You can find out more information on the tablet, or even pre-order one, by hitting the link below.

P. P. So if those things are literally on your agenda you…
Devs Get Ubuntu Running on Apple Silicon, Say It’s ‘Completely Usable’