But the developers of Gradiator are hoping that there is still a little bit of room left to be squeezed out of this crowded market place for their recently launched tasks app ‘Nitro’. 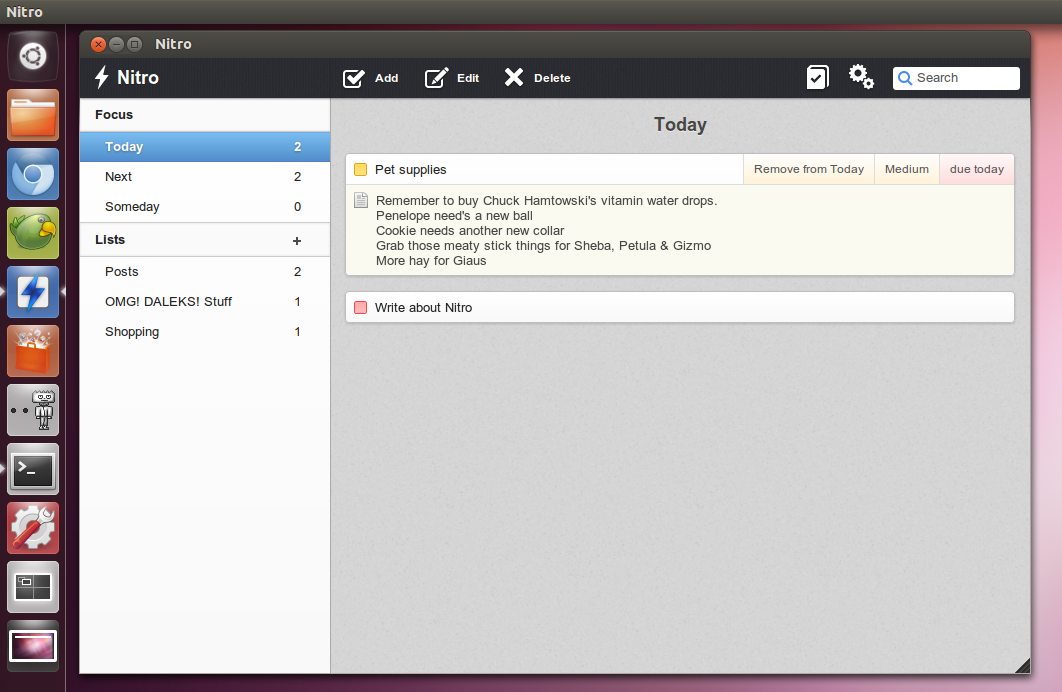 Nitro packs in features one would typically expect to find in an application of this type: –

In addition to this it sports a clean, minimal interface that makes using the application straightforward and intuitive.

But if you happen to be a serial task app user then chances are you’ve noticed a glaring omission from the feature list above: task syncing.

Syncing, particularly for an application that’s multi-platform, is an important draw when going up against better-known applications such as Wunderlist, Evernote and Tomboy.

But that’s not to say that Nitro isn’t useful without it – it most certainly is – but it’s a missing jewel in an otherwise well polished crown.

All of the relevant information on installing/downloading Nitro can be found @ nitrotasks.com