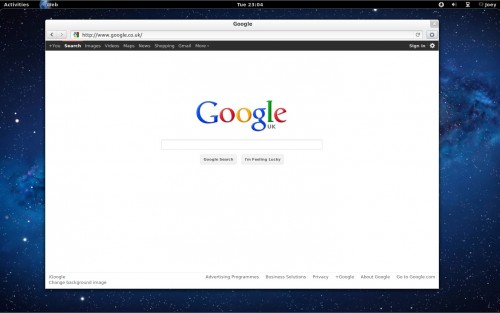 GNOME’s work on a revamped and repurposed ‘Epiphany’ web browser – which seeks to make the browser a core part of the GNOME experience – is coming along nicely.

The redesign of Epiphany, which is relabelled ‘Web’ in the app itself, seeks to to offer GNOME users a ‘simple, clean, beautiful view of the [internet].’

And despite development being relatively early on (Epiphany 3.3.4 isn’t scheduled for release until March) I don’t find it premature to say that it succeeds in its aim.

Epiphany 3.3.4/Web is one of the first applications to make use of GNOME Shell’s “App Menu”. Clicking on the application title in the top bar drops down a range of configuration and preferences options. 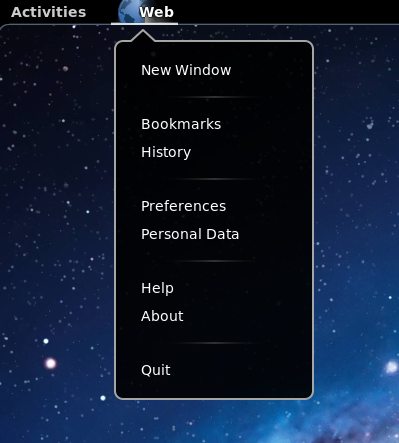 The navigation toolbar is minimal. Buttons for ‘back’ and ‘forward’ are present, and look great in their visual coupling. 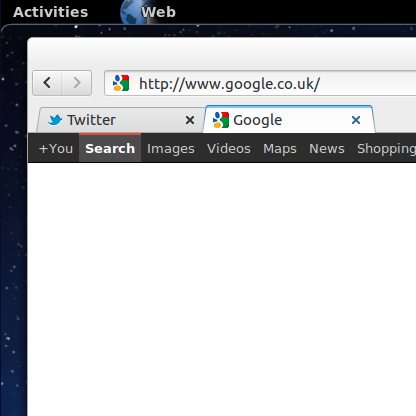 ‘Stop’ and ‘Reload/Refresh’ actions have been merged and integrated into the URL bar itself – similar to Firefox and Chrome. 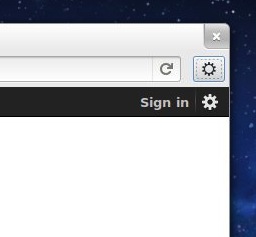 A ‘Super Menu’ replaces the traditional menu bar, thus following a trend seen in most web-browsers of late. 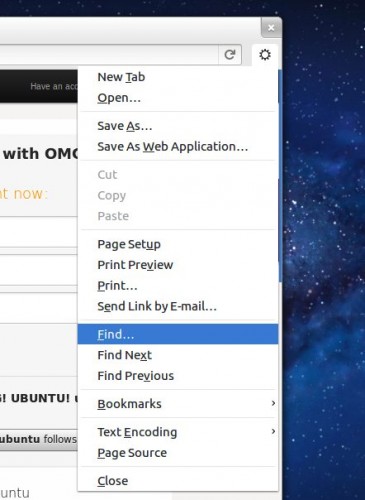 Epiphany’s rebirth as ‘Web‘ has only just begun.

With a renewed and reinvigorated aim, the Epiphany development team will next begin porting additional extensions and features over to the app; implementing a new (very stylish) ‘Overview’ page for accessing most-visited pages and bookmarks; and there’s also rumour of a ‘surprise gift’ being added to the ‘web application’ feature.