A new unstable snapshot of Image Editing programme ‘The Gimp’ has been released.

Version 2.7.3 of the popular app finally sees a working – although not entirely finished – implementation of the much-lauded ‘Single Window Mode‘. Testers should note that Single Window mode is not default and needs to be enabled through the Windows > Single Window Mode menu. 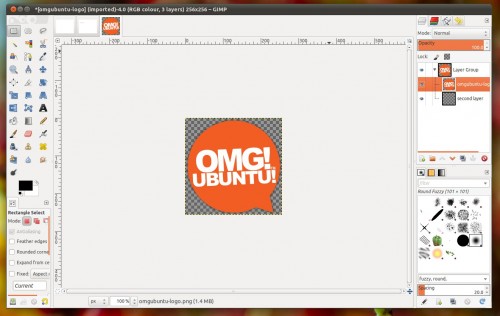 Other notable features and improvements present in this release include: –

A full list of changes since 2.7.2 can be read online @ developer.gimp.org/NEWS

The next stable release of GIMP, version 2.8, is targeted for release in the later part of this year.

GIMP 2.7.3 can be downloaded as source at the official GIMP website.

Ubuntu 9.10 through 11.04 users can install this latest release from Matt Walker’s GIMP PPA. This PPA is not provided by GIMP and should be considered unstable.

To install add ‘ppa:matthaeus123/mrw-gimp-svn’ to your Software Sources. Following this either update and upgrade your existing GIMP installation, or update and install GIMP via the Ubuntu Software Centre.