Edit: 9th September: The wallpaper has now landed in Ubuntu 11.10

The new default wallpaper for Ubuntu 11.10 has been revealed in a bug report. 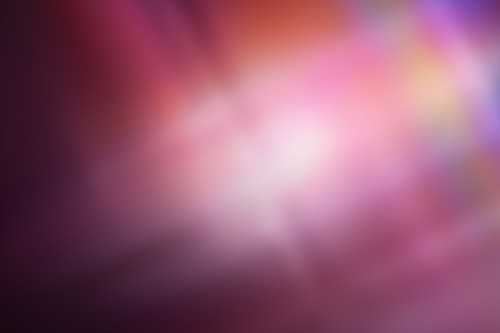 This updated design (and, yes, it is updated, see below) was attached to a bug report by Ubuntu’s Otto Greenslade, the designer of the Ubuntu wallpaper used in the last three releases, titled ‘Incremental tweaks to default wallpaper for Ubuntu 11.10’.

In filing the bug Otto mentions: –

Despite the fact that this file is named ‘new_wallpaper_final_full_size03.jpg’ please rename to ‘warty-final-ubuntu.png’ to be registered as the default wallpaper.

If the wallpaper looks similar to that used in the previous three releases it should: it’s kind of the point.

Over the last few releases only minor changes, such as adjusting fractals, lighting and colours, have been altered, letting Ubuntu retain a familiar and neutral desktop look throughout successive release.

The designer of the wallpaper, Otto Greenslade, explained the changes in the bug report to which the wallpaper was attacthed: –

I have made subtle changes and introduced new light refractions. We can continue to add light streams and re-balance with each release – the landscape becomes gently lighter and brighter and gains in complexity to reflect our drive towards 12.04

IMHO as we move towards becoming more of a ‘household’ platform and with the great changes coming with Unity (launcher/dash) general users will get reassurance from the familiarity of the wallpaper and will also identify with it as part of our personality in new screenshots.

For reference here is the new Oneiric wallpaper compared to that of Lucid, Maverick and Natty: –

The approach taken by Ubuntu with the default wallpaper is not to everyones tastes, and that’s fine: it’s why the Ubuntu CD also ships with a bunch of other wallpapers that vary in colour, design and tone.

But I am fond of the default wallpaper and urge users not to knock it out of hand. The wallpaper has the tough task of trying being one of the very first things a user sees when booting into a Live CD or after a fresh install; and to that end the “purple wash” wallpaper is fast becoming as ingrained a part of Ubuntu’s visual identity as the cosy tones of Ambiance and the unique look of the Unity desktop.

Do you like it? Or will changing it be high on your to-do after installing Ubuntu 11.10?