The venerable Tommy and Bart from Sigmoid have updated Volley Brawl this week with new 7 new characters, user modifiable stages, changeable difficulty and a host of bug fixes. 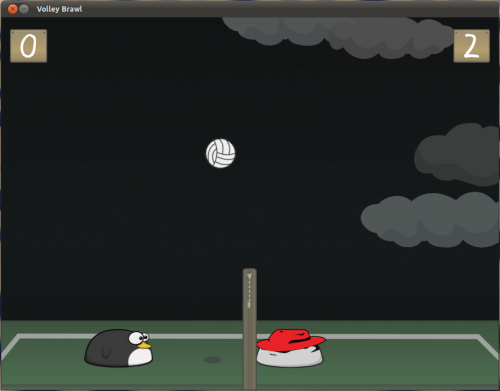 The new characters include Tux, Trollface, Hatguy (bearing some resemblance to the Red Hat mascot) and Pjotr, whom you might recognize from a certain cartoon show.

They’ve also added changeable difficulty which adjusts the speed of the gameplay – something that a lot of people wanted when the game was first released. Now, when you set it to Hard the gameplay is much faster.

Another nifty feature is the official announcement of website volleybrawl.me which lets you create and upload your own characters for inclusion in the game in future updates. 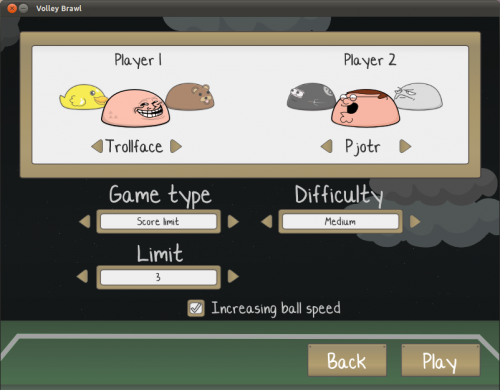 People who have already bought the game should see the update in Update Manager now, and if you haven’t bought the game yet, it’s only $2.99 from the Ubuntu Software Center.

It’s a great way to support indie game developers like Tommy and Bart (they’re nice guys, honest!) and since we’re the publisher, buying Volley Brawl is a cool way to help support OMG! Ubuntu! financially too.