Lenses are one of the cool new features present in Ubuntu 11.04 and although the OS itself might not yet have been released properly, developers are already exploiting the opportunities that lenses – and the Unity desktop as a whole – provide.

The following lens for Gwibber (Ubuntu’s default ‘social messaging application), weaves your social networking streams through the slick visuals of Unity and makes them easily accessible from the Ubuntu desktop.

When launching the Gwibber lens you are presented with a visually appealing overview of recent tweets, replies and updates from your Gwibber streams and contacts. You can use the drop-down to the right-hand of the search bar to switch to specific views (images, private messages, etc) or type for context specific results. 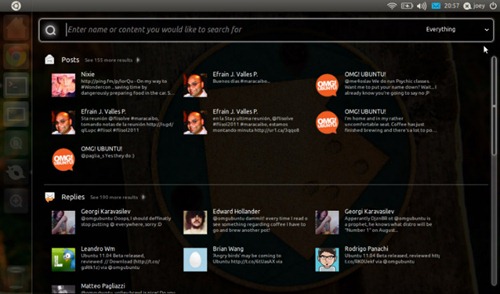 It’s important to refrain from hitting return when searching as this, by default, opens the first result it finds. (In this case a tweet or user in your browser). 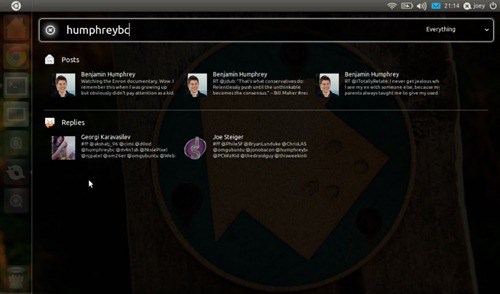 The lens launcher itself has a handy ‘quick list’ for launching the lens with a preferred set of information first. 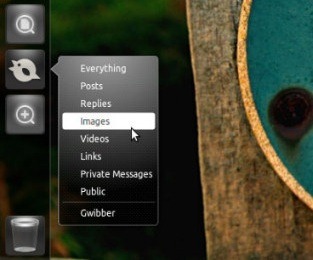 Contact results also show up during general searches in the Dash. 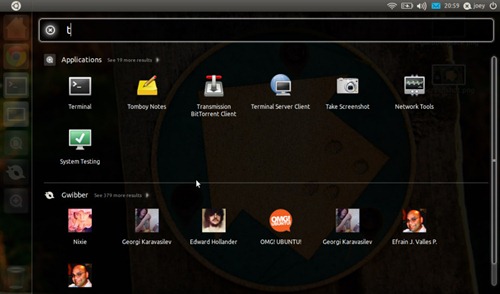 The wonderful world of PPAs provides you with easy installation of this lens in Ubuntu 11.04 beta. Add ‘ppa:gwibber-team/ppa’ to your Software Sources via the Software Centre’s ‘edit’ menu or open a Terminal and enter: –

You’ll need to log out and back in to see the lens appear on your launcher. It should also go without saying that this Gwibber lens requires Gwibber to be configured and running.

Starting point can be found here.

P. P. 14. Double the dose of schizophrenia medication
10 Things To Do After Installing Ubuntu 21.10

OstroLk When installing a deb package, always try dpkg in the…
How to Upgrade to Ubuntu 21.10