After what seems like an eternity of waiting, reading (and, for some of us, hyping) the first release of the elementary project’s very own operating system is finally available to download. 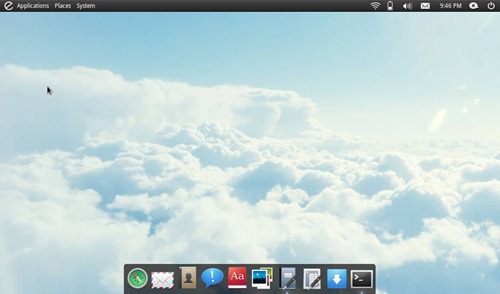 Don’t take the code-name of this release, ‘Jupiter’, too literally, for despite being named after our solar-systems’ most bloated neighbour eOS is extremely light in usage and feels incredibly snappy even on my modest netbook.

Installation will be familiar to anyone who has ever installed Ubuntu, so there’s nothing different on that score.

The default desktop, as pictured above, is minimal with a singular gnome-panel positioned at the top of the screen and a single, non-animated, Docky instance on the bottom.

The choice of default wallpaper adds to the feeling of ‘lightness’. There are some equally stunning choices also included for selection in Appearance properties.

eOS lacks the ability for icons or shortcuts to be placed onto the desktop itself. This helps to keep things clean looking but has the potential for causing confusion on first run.

I’ll start off by stating the one thing any one trying Jupiter for the first will notice: it is blazingly fast. The team have gone through the Ubuntu-base ripping out anything that isn’t needed. The result is a blindingly fast experience.

The default selection of pre-installed applications available in Jupiter include: –

But one app you won’t find is a music player!

No Rhythmbox, Rhythm-e or even an alpha of elementary’s upcoming music app BeatBox is included in this release. The team have decided to focus efforts on delivering a capable music player in the next release, and a dedicated experience in this one. 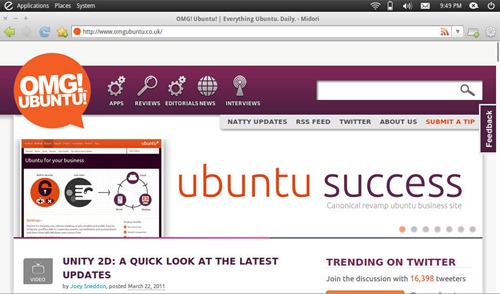 But what about Plank, Slingshot and Marlin?

If you’ve been led to believe that Slingshot, Plank or any other of the ‘new’ elementary projects would be making an appearance then temper your disappointment. 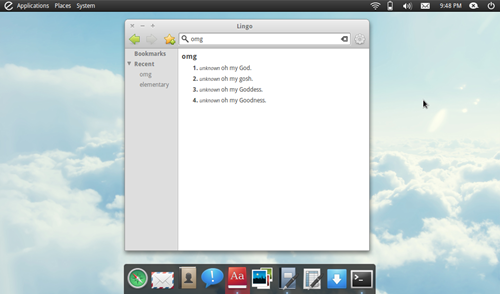 Jupiter may not be the revolution people were expecting, but it never claimed it was going to be.

For a pared down, lighter version of Ubuntu with the roster of stable elementary apps preinstalled Jupiter is what you’re after.

elementary OS, currently only available in 32bit, is available for download via torrent. The torrent file can be found on their website @ elementaryos.org 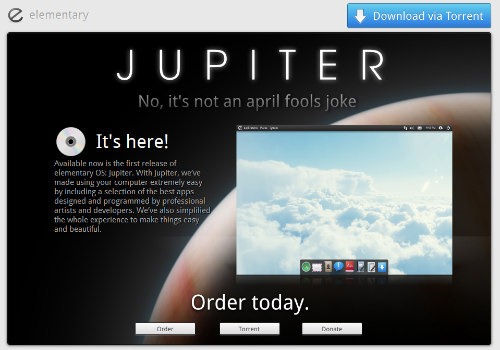