It may not have an Indicator icon on the panel like Dropbox does, but that doesn’t mean that you won’t be notified by Ubuntu One about what it’s up to, with your files.

A recent update to the version of Ubuntu One in Natty brought in a plethora of changes, including extensive usage of notification bubbles to notify the user of completed file syncs, connection breakages, file publishing, etc

Below are some screenshots of the Ubuntu One notification bubbles in Natty: 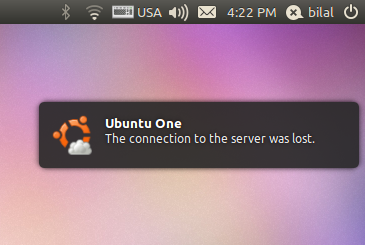 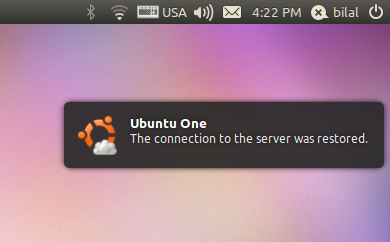 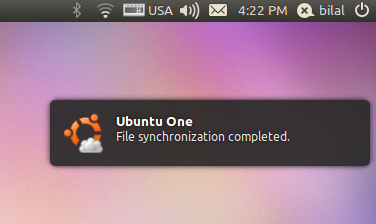 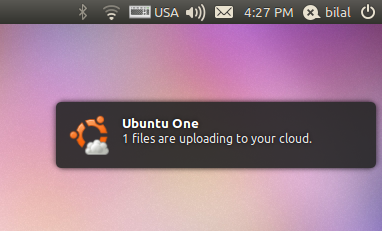 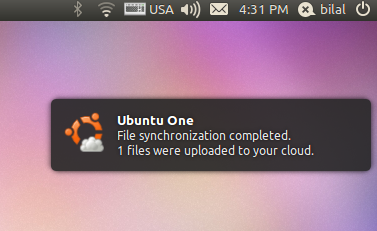 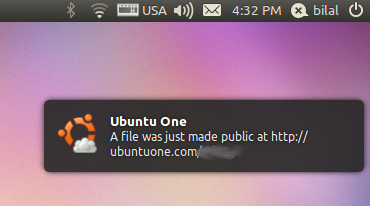 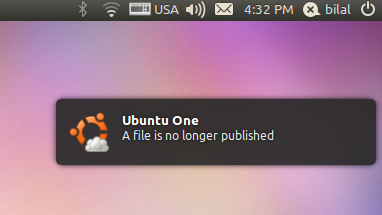 The new version of Ubuntu One is much better in file syncing and uploading when compared with previous versions. The sync daemon quickly recovers from connection disruptions and files upload in mere seconds. With the release of 11.04, bid goodbye to your Ubuntu One file uploading woes!

Home » News » Ubuntu One in Natty gets notification-savvy