The latest Android-bound icon set from designer Nicklas Hirsch has caught a lot of attention recently – but not only from Android users. 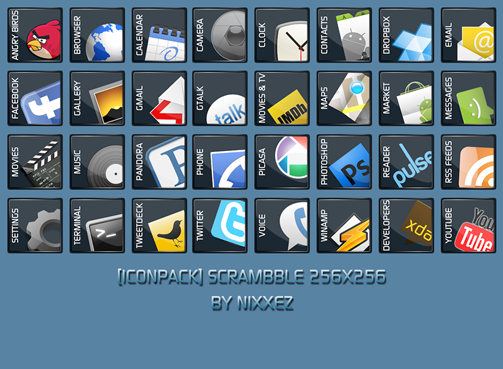 Admittedly icons with text in can make for poor viewing in menus. But menus are old school: both Unity and GNOME Shell make use of application ‘drawers’ and overlays. This approach has put icons cent-restage in the desktop – and great design has never been more crucial.

Since catching glimpse of the icon set earlier today I can’t help but think they’d work wonderfully with Unity.

Here’s hoping a creative soul ports them over for use in Ubuntu.

XDA Developers via Guus via the Tip Form