Evolution is a little bit staid in the UI department – but don’t fix what isn’t broken right?

The typical ‘office user’ style of Evolution present is fast becoming dated and obsolete in a world of thread conversations, webmail and slick ‘app’ interfaces.  Evolution feels a a bit… 1998 in comparison.

I welcome then these mock-ups by Gnome designer Allan Day. They are iterative, striking and, dare I say, really very GNOME – all at the same time. 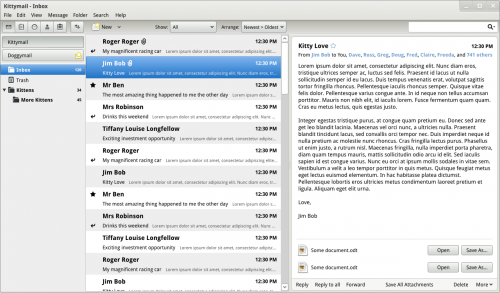 On the designs Allan says: –

“This… is not so much a radical redesign as an aggressive refinement of the current Evolution interface. There are many minor changes, none of which is a radical transformation on its own, but whose combined effect (I think) would be dramatic.

I can provide specs for some or all of the changes detailed in these designs, should any developers be interested in implementing them.”